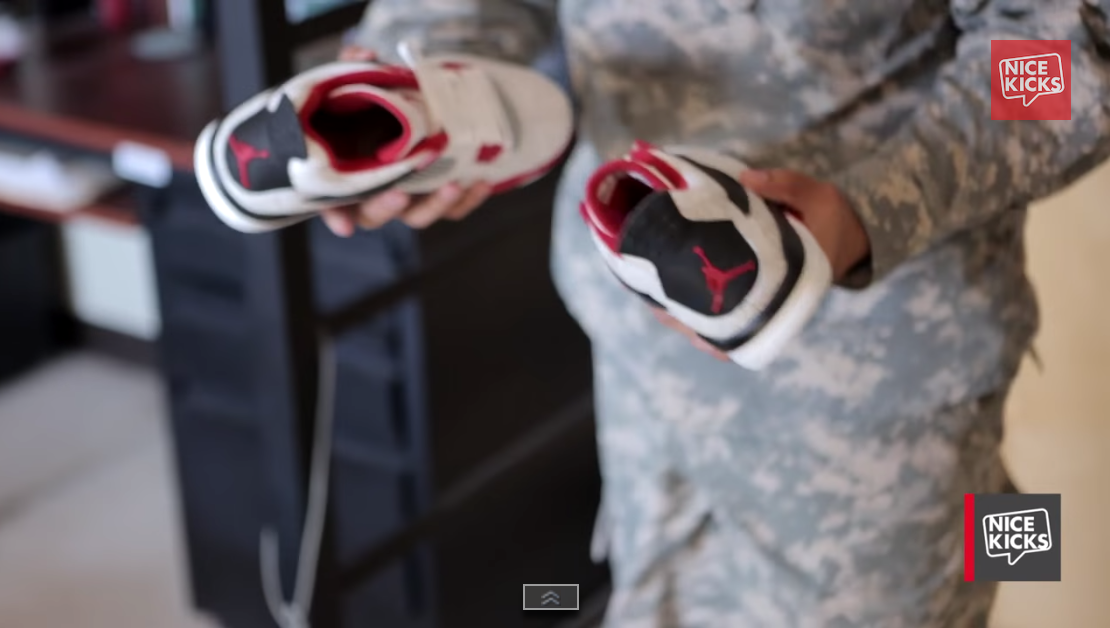 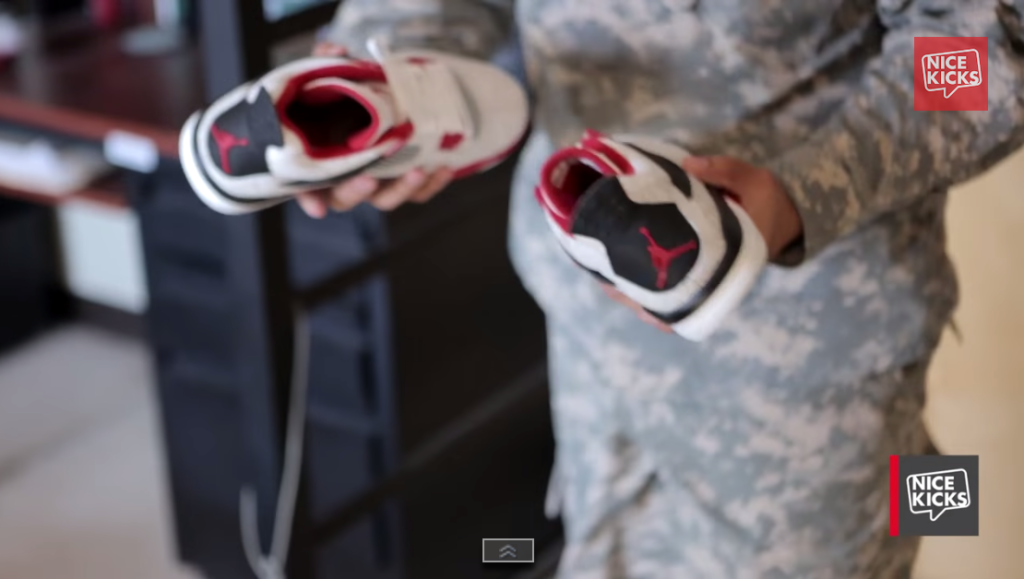 In the sixth episode of Sneak Peek, Associate Director George Kiel and the Nice Kicks team head to Ft. Lewis Military Base in Seattle, WA where U.S. Soldier Jaaziel Ramos is stationed to get a look of his sneaker collection in the barracks.

Ramos is the first military person to be featured in the Nice Kicks series, dedicated to showcasing the best and most unique sneaker collections amongst industry insiders, athletes, and entertainers.

During the 16 minute video, Ramos shows over 100 pairs of his favorite kicks but takes time to focus on his most prized possession: the Jordan 4 collection that features nearly 50 Jordan 4s released between 1989 and 2013.

In the video he also talks about not getting the chance to wear his shoes, how he decides what to collect, and how looking at shoes takes his mind off the stress of deployment.

If you’ve never seen a barrack or knew a dedicated shoe collector you might want to check this out!

Watch the video below to see more of Ramos’ collection in the barracks.