In a representative tactic that highlights the worst tensions between the West and Russia since the Cold War, U.S. Military combat vehicles drove through an Estonian City that juts into Russia Wednesday, just 300 yards from the border of the Vladimir Putin-lead nation.

Narva, a city separated from Russia by a river of the same name, hosted the U.S. Army’s Second Calvary Regiment as they took part in a celebration commemorating Estonia’s Independence Day.

According to the Washington Post, Narva has often been cited as a potential target for the Kremlin if it wanted to escalate its conflict with the West onto NATO territory.

Just this past November, U.S. tanks rolled through Riga, Latvia, in yet another independence day parade. Since committing to assembling a rapid reaction force in September, the United States has sent hundreds of military personnel to the Baltics for joint NATO exercises. 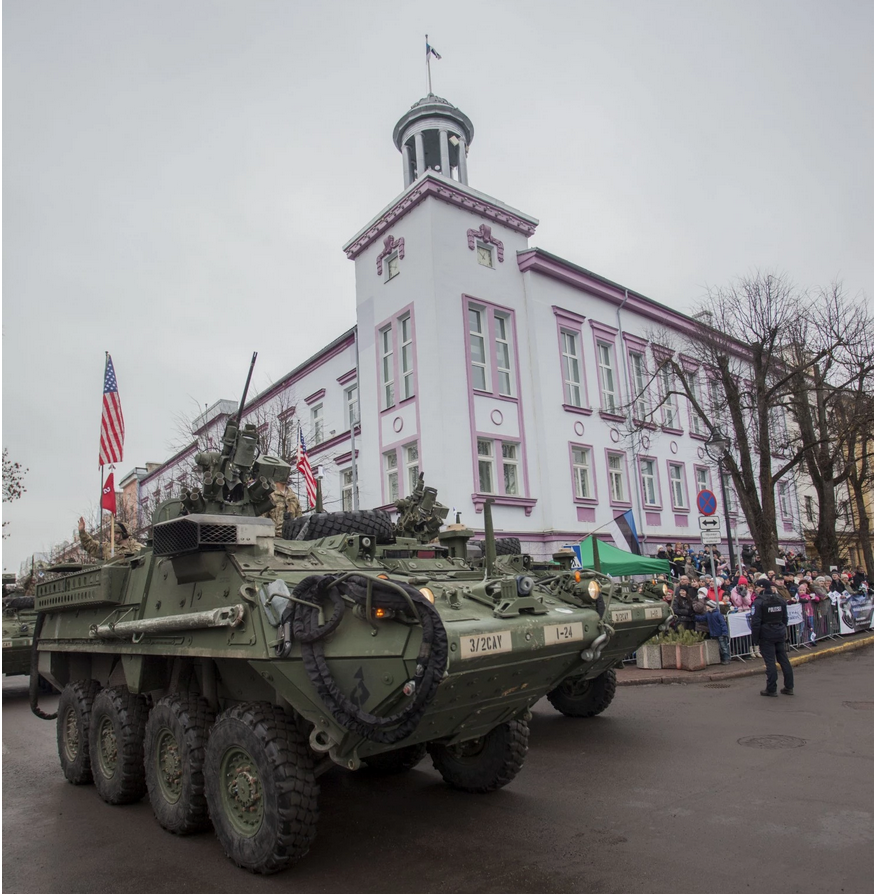