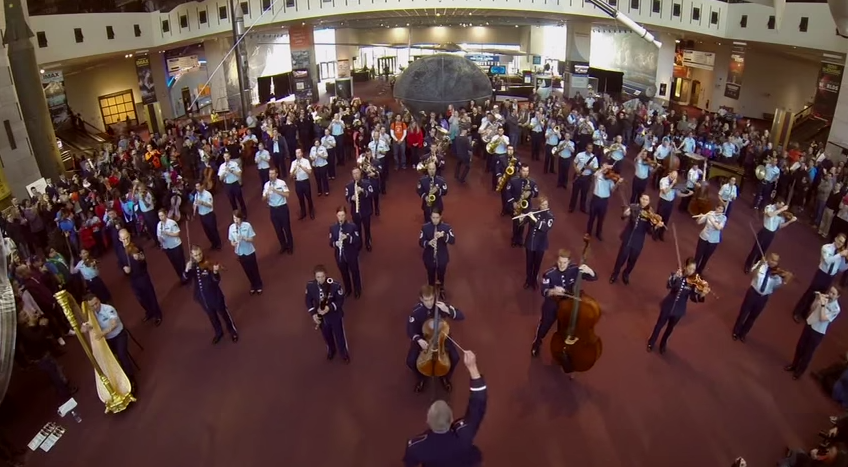 Talk about one classy flash mob!

We’ve all seen videos of flash mobs where there’s random music playing, one person starts dancing and then one by one people join in on the fun, but have you ever seen a flash mob where people play their own music with their own instruments!?

Well, the U.S. Air Force Band successfully accomplished this when they decided to perform a concert flashmob style at the Smithsonian in Washington, D.C.

In the video you’ll see the first musician playing in the middle of the museum by his lonesome – soon more airmen appear with instruments; soldiers begin singing – and here you have it, an amazing performance of “Joy to the World”.

The priceless look on people’s faces showed they were surprised but pleased!