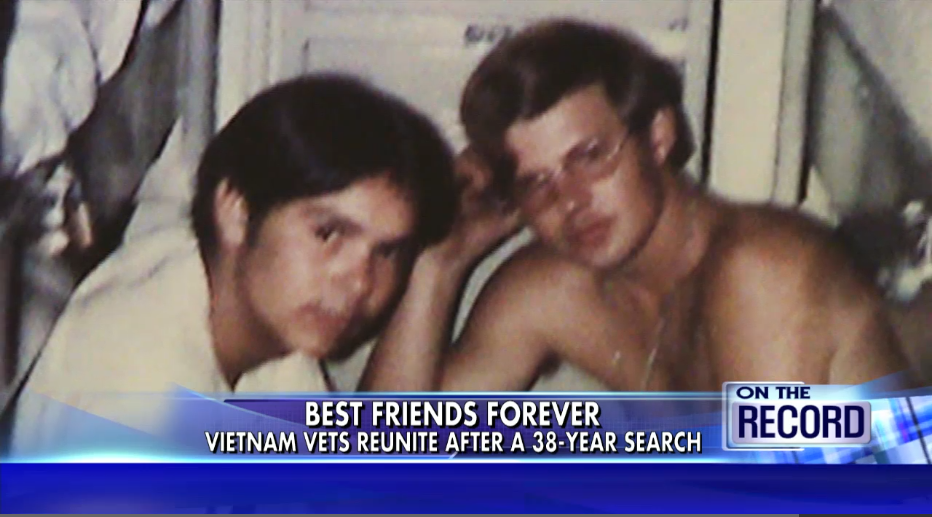 Reunited and it feels so good!

Rick Mueller and Joe Martinez were just two teenagers who became Navy shipmates in 1971 serving together in the Vietnam War.

They quickly became best friends and were known by their comrades as “M&M”. After the war was over the two lost contact – Mueller continued his search for his best friend, however, and after almost four decades they are finally reuniting. The embraced with an “I love you, buddy,” and picked the friendship up right where they left it.

Watch the video of the two reuniting below: