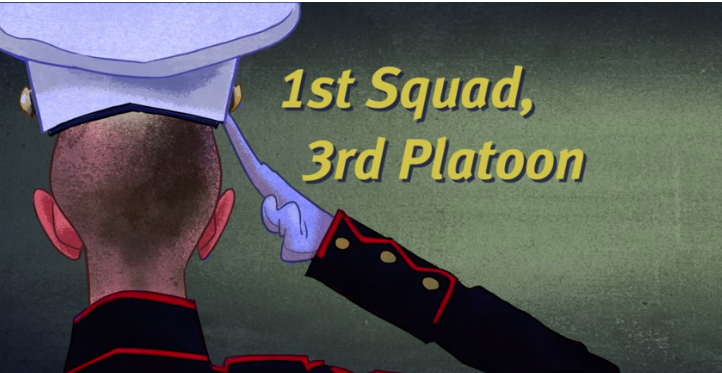 In these animated shorts by StoryCorps – an organization whose mission is to provide people of all backgrounds and beliefs with the opportunity to record, share and preserve their individual history – you’ll hear the war stories of three different men that will change your perspective on how war changes the lives of our troops and the people around them.

In 2005, Specialist Justin Cliburn deployed to Iraq with the Oklahoma Army National Guard. While serving in Baghdad, Cliburn formed an unlikely friendship with two local boys who lived nearby. He tells the story about how these boys changed his perspective on love, language, and family.

Allen Hoe served as a combat medic during the Vietnam War, and his two sons continued his legacy of service. His oldest son, Nainoa, was killed by a sniper in Iraq in 2005. Hoe details the events that led up to him meeting a stranger that was with Nainoa in his final moments of life.

Joseph Robertson was an infantryman in the U.S. Army during World War II, where he fought in the Battle of the Bulge. Before he passed away, Robertson shared with StoryCorps a war moment he called the worst memory of his life.