The Marines Have a New Slogan 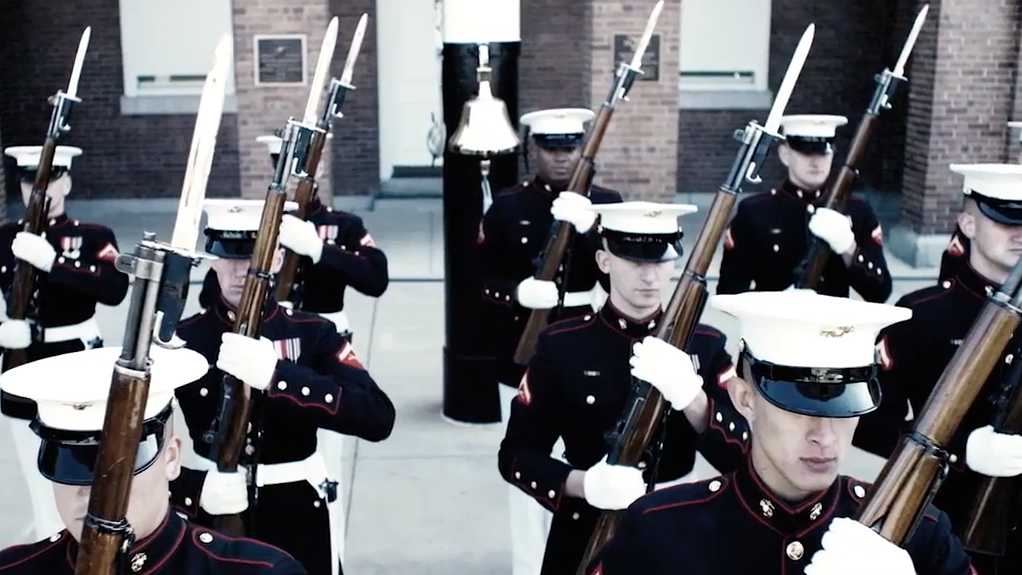 While the United States Marine Corps still reserve the old slogan, “The Few, The Proud” under their logo in these new commercial advertising spots, they’re clearly trying to move in a new messaging direction.

That’s where “Battles Won” comes in.

“It is an all-encompassing brand idea that frames the chapters of our longer Marine Corps story in the context of a fight-fighting self-doubt to become a Marine; fighting our Nation’s battles; and fighting for what’s right in our communities,” said Gunnery Sergeant Justin Kronenberg, a Marine Corps Recruiting Command spokesman, to Military.com.

Woven in between visuals of boot camp, outreach efforts and thwarting local crime, a voiceover booms:

“For a place, a people, an idea, Marines fight to win. We make Marines who overpower the desire to quit with the perseverance to prevail. We develop quality citizens who keep our corps, our country and our communities side by side — on the winning side. Not for glory, but for honor. For a code that isn’t written or spoken, but lived. It’s what we do. It’s who we are. It’s the battle cry of our fighting spirit. Battles won.”

Watch it in its entirety:

According to USMC officials, the ads and other advertising materials aim to target not only young Americans, but the people in their life who influence them as well (parents, coaches, teachers and community leaders).