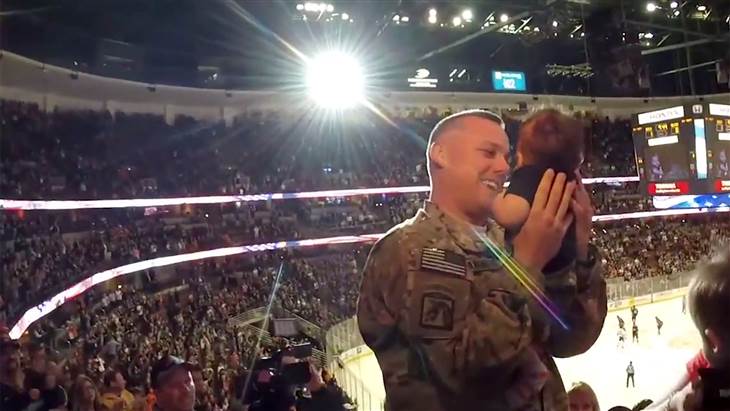 Sergeant First Class Robert Vandenberg Jr. spent the last 10 months in Afghanistan – which kept him from witnessing the birth of his newborn son Travis.

Sgt. Vandenberg’s wife Patricia attended an Anaheim Ducks game Wednesday night and was told that the team wanted to connect her with her husband by setting up a Skype call during the intermission but it was all a ploy for an even bigger and better surprise. With some help from the Anaheim Ducks, Sgt. Vandenberg was able to surprise his wife and their one-year-old son at the game, and say hello to new baby Travis for the first time in-person.

Watch the video to see it all in action!