The Washington D.C. area is currently hunkering down during one of the most severe blizzards in decades. However, there are a few dedicated Americans who didn’t get to bundle up beside a warm fire–sentinels from the 3rd U.S. Infantry Regiment.

These troops have the privilege and duty to stand guard at Arlington National Cemetery, the final hallowed resting place for many military veterans. The Old Guard also protects the Tomb of the Unknown Soldier.

On Jan. 22, when the first flurries started to hit Arlington, members of the Old Guard remained diligently at their posts. Neither rain nor snow can distracted these men from their duty.

“These guys will be out in the snow, no matter what,” said Major Russell Fox, a spokesman for the Army’s Old Guard. “They love what they’re doing and they’re dedicated.”

This isn’t the first time sentinels endured severe weather for their duty.  During Hurricane Sandy, one guard remained at his post for 23 hours.

The 3rd U.D. Infantry Regiment took some stunning photos of the changing of the guard. 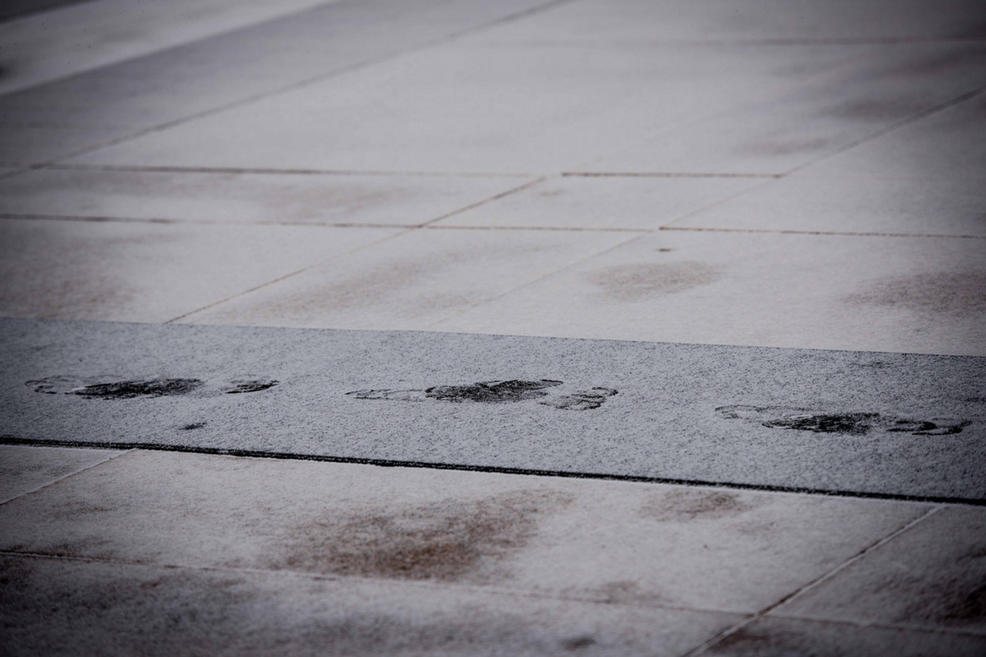 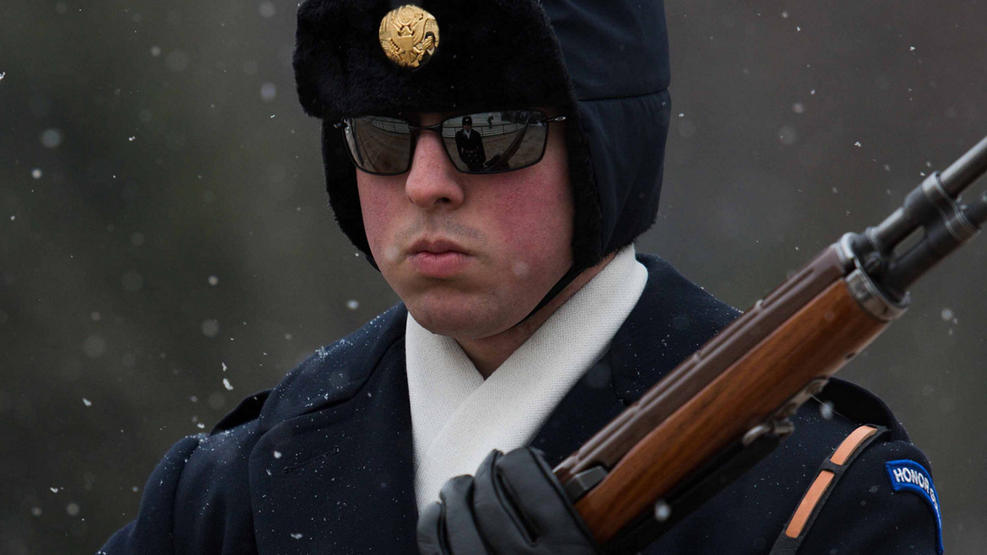 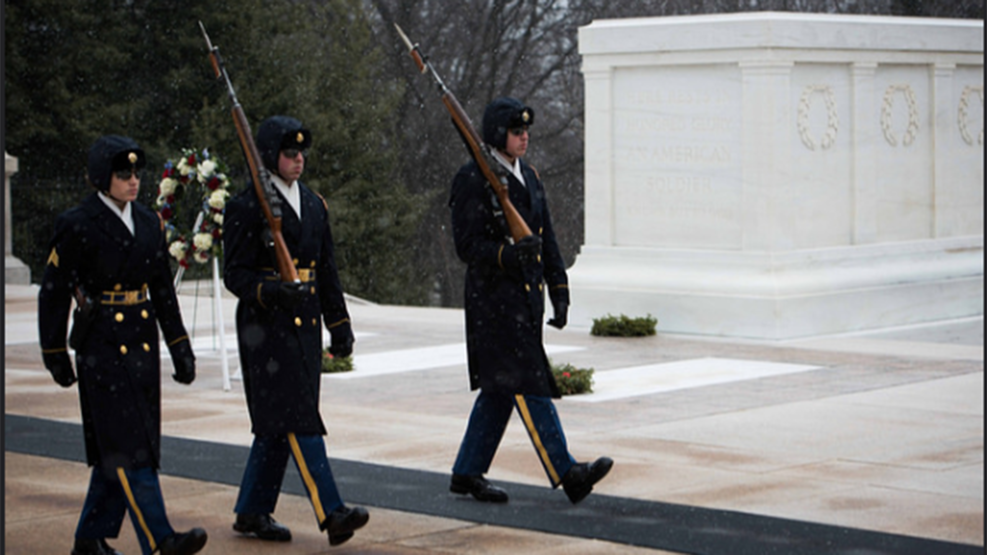