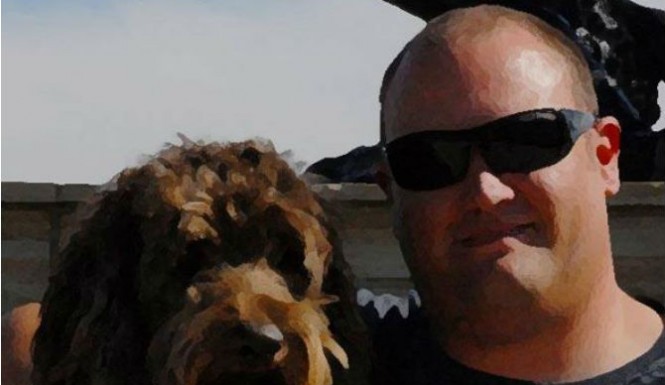 While the club that barred a sailor from entering in her uniform has not truly owned up to its mistake, justice was swift in at a Houlihan’s restaurant in Algonquin, Illinois.

Last Sunday, Army veteran Garrett Loughran and his mother attempted to eat at a local Houlihan’s to commemorate Memorial Day. With them was Hershey, Loughran’s five year-old labradoodle and service dog. When the group arrived at the restaurant, the manager refused to allow the dog inside even though Hershey was wearing a service dog jacket.

Not only was it illegal to prevent Hershey from following its charge wherever he goes, but it is also disrespectful to Loughran, a veteran who needs Hershey to cope with his post-traumatic stress syndrome (PTSD).

After posting a message on the Houlihan’s Facebook page, the restaurant chain quickly fired the manager and invited Loughran back to the restaurant. At dinner, the family chatted with the company’s vice president of operations and discussed how this situation could be better handled in the future. The company has publicly apologized and is also donating $2,000 to Pets for Vets, a nonprofit that provides service animals to veterans.

Loughran served as a tank mechanic for nine years, during which he served three tours in Iraq and one in Afghanistan. This was the first time he has been refused service because of Hershey, and hopefully it will be the last.

It has always been Houlihan’s policy to allow service dogs into its restaurants. Military members, veterans, and their families can find other businesses that support veterans and their trusted animals on ID.me here.