Remembering the Only American to Give Back the Medal of Honor 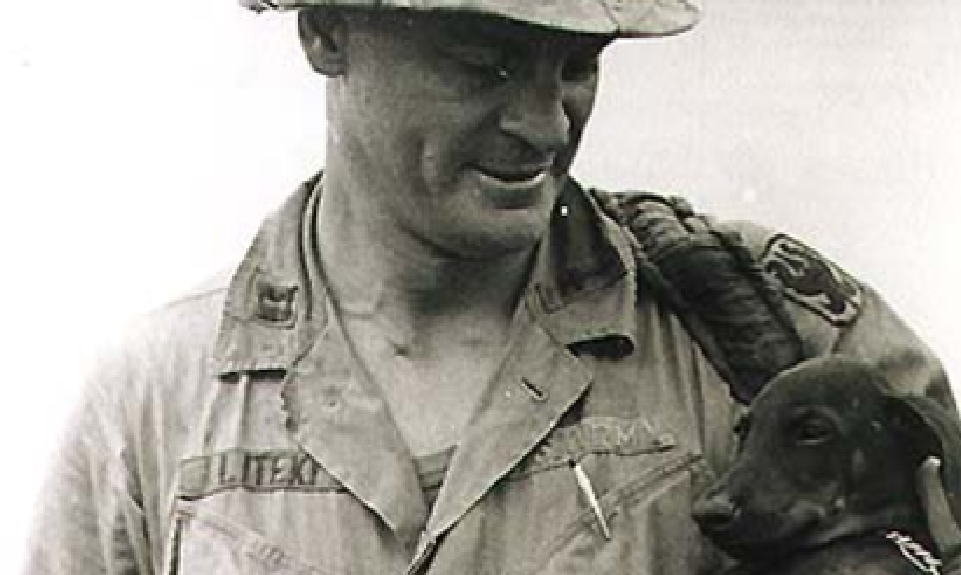 America lost an exceptional, singular American hero on Friday at a veterans hospital in San Francisco.

On December 6, 1967, Charlie (then “Angelo”) was a United States Army chaplain was with his fellow soldiers, embedded in the Bien Hoa province, in Vietnam. When an enemy battalion attacked their company, Liteky suffered wounds in his neck and foot, but still managed to carry more than 20 soldiers to a landing zone to be evacuated — saving their lives.

“Noticing another trapped and seriously wounded man, Chaplain Liteky crawled to his aid. Realizing that the wounded man was too heavy to carry, he rolled on his back, placed the man on his chest and through sheer determination and fortitude crawled back to the landing zone using his elbows and heels to push himself along.”

A year later, for his superhuman courage and action, he was awarded the most prestigious award the U.S. military has: the Medal of Honor.

Below is a clip of President Lyndon Johnson presenting the former chaplain with the award, in Washington, in 1968. When Johnson draped the ribbon around his neck he said, “Son, I’d rather have one of these babies than be president.”:

What he will be forever remembered for, however, is not what he gained, but what he gave up.

Five years later, he made his life’s statement.

This from FOX News:

Twenty years after his heroic actions in Vietnam, Liteky left the Medal of Honor — awarded under the name of Angelo J. Liteky — and a letter to President Ronald Reagan at the Vietnam Veterans Memorial in Washington in protest of the country’s foreign policy in Central America, where U.S.-backed dictators were fighting bloody wars against left-leaning rebels.

After that, Liteky spent years protesting against the U.S. Army School of the Americas, an academy at Fort Benning, Georgia, where the U.S. Army trained soldiers from Central and South America and the Caribbean. He was sentenced to one year in federal prison in 2000 for entering the school without permission and splashing its rotunda with their own blood.

In 2003, he traveled to Baghdad with other peace protesters to bear witness to the war and work with children in an orphanage and at hospitals.

Olive said Saturday he remembers Liteky for his humility. “It was three years after I met Charlie and bonded a fast friendship that I learned he was a Medal of Honor recipient” when Liteky told him about his plans to renounce the medal, Olive said.

Since its inception, the Medal of Honor has been awarded to 3,515 service members, both living and dead.

Liteky is the only one to ever return it to the government (including its tax-free pension of $600 a month).

You can view the medal by taking a visit to the National Museum of American History, in DC. It’s been on display there ever since the National Park Service recovered it nearly 30 years ago.

Back in 2000, the San Francisco Chronicle (his hometown newspaper) asked him if he had “any regrets about giving [the MOH] back in the first place?”

The old chaplain replied to the question with just three short words.