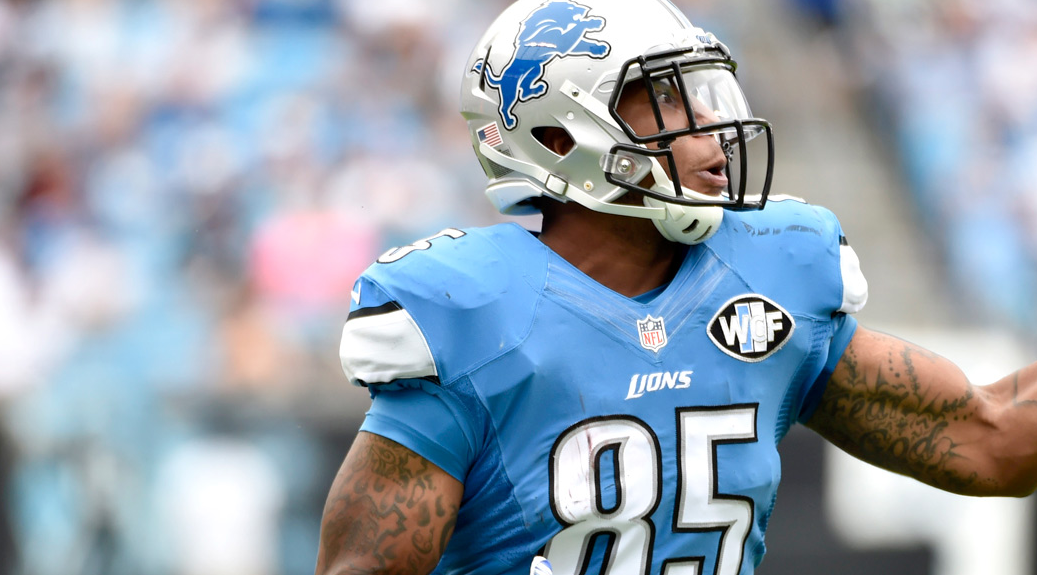 Eric Ebron, a professional football player who plays the tight end position for the Detroit Lions, is paying tribute to both his grandfather and his father on the gridiron where he makes his living. He’s shining a light on their military service, by etching their branch, their titles, and their names on his cleats.

The athlete, who was born in New Jersey and raised in North Carolina, is the grandson of a late United States Marine: Staff Sergeant Oling R. “Lucky” Jackson, who served in not one but three major wars — World War II, Korea and Vietnam.

His father also served in the U.S. Marine Corps.

According to TMZ, Ebron had DeJesus Custom Footwear help him turn his idea into real things he could sport, then featured the spiked shoes on his Instagram account (post below).

This Week I Will Be Wearing Cleats To Honor My Grandfather & Father. They Have Both Served For The U.S Marine Corps. My Grandfather Served In 3 Wars Came Home From All. Nicknamed him "Lucky" Love You Grandpops #RIP #ThisOneForYou