Prince Harry Poses With This WWII Veteran for Christmas Card

You may recall that Prince Harry and Prince William met and flew with several WWII veterans on the anniversary of the Battle of Britain. You might remember that most of the veterans flew in authentic spitfires despite being in their nineties, and one veteran even told Prince William a dirty joke because why not?

During the festivities, Prince Harry took a picture with 95 year-old Tom Neil, a former Spitfire and Hurricane pilot. Months later, that picture has surfaced on Prince Harry’s official Christmas card. 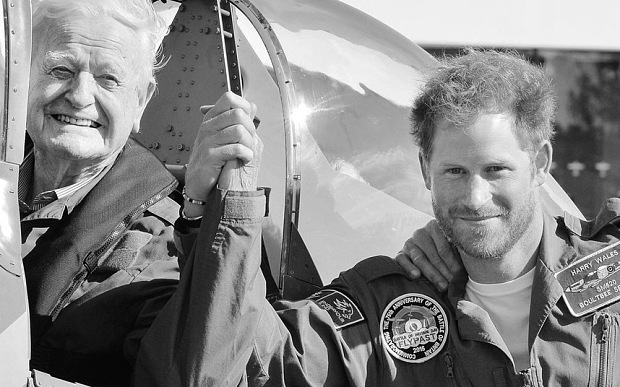 “Prince Harry has chosen this photograph with Battle of Britain veteran Tom Neil for his Christmas card,” a Kensington Palace spokesman said. “He considered it a great honour to meet Tom during the Battle of Britain flypast in September. It was one of his most memorable moments of 2015.”