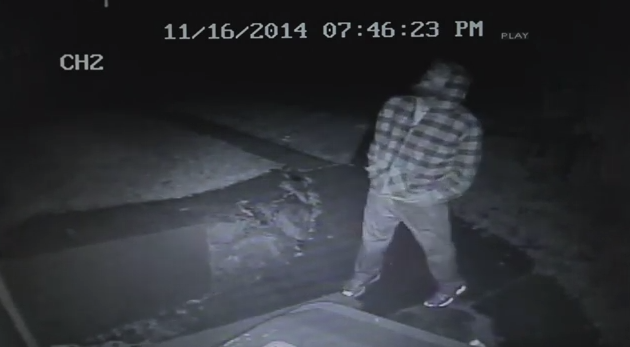 What would you do if you saw a stranger on your security cameras?

Well, this guy found out after he tried to break into Andrew Myers home… again. Myers a paratrooper with the 82nd Airborne Division set up extra security cameras around his home after it was burglarized for the first time the night of Veterans Day.

As he suspected, the burglar came back this time he was able to catch him before he entered the home and took anything.

Myers posted the video on YouTube with the title “Mr.Wrong House,” with an explanation of the scenario.

The following is what takes place when a local creeper attempts a home invasion on a veteran of the 82nd Airborne. This guy was in my house earlier this week in the middle of the night on Veteran’s Day. My neighbor saw him and when we checked the security cameras sure enough, there he was. He got away with it once, but since then I have installed some security improvements to alert me to movement in my fence line.

… I had a feeling that now that this guy knew that stuff was down there that he would be back. I had a plan, that didn’t work because I expected him to head back along the trail – instead he went around the other side of my house.….Now I am thinking: “he just made his way around my house to attempt to gain entry upstairs (where my GF and dog are), WTF??”. – Once I told him he wasn’t coming in, and wasn’t leaving till he talked to the police he struggled to get away and tried to pull off a huge haymaker on the porch… The rest can be seen on camera…

Watch the takedown for yourself below