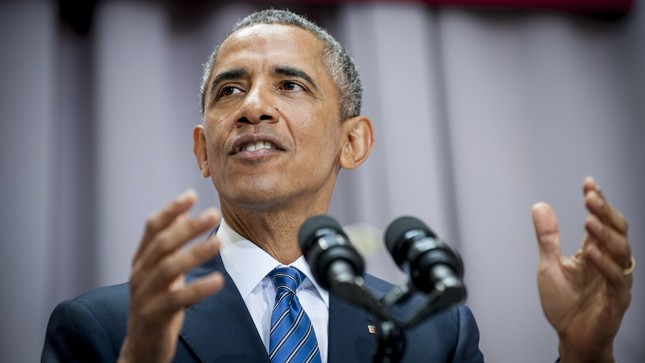 President Obama’s efforts to decrease defense spending and wrangle the federal budget have led him to make the controversial decision to cap military pay raises. If and when this cap goes into effect, military members will receive no more than a 1.3 percent pay increase on their salaries.

“I am strongly committed to supporting our uniformed service members, who have made such great contributions to our Nation over the past decade of war,” Obama said in a letter to Congress. “As our country continues to recover from serious economic conditions affecting the general welfare, however, we must maintain efforts to keep our Nation on a sustainable fiscal course,” he added. “This effort requires tough choices, especially in light of budget constraints.”

In 2014 and 2015, military members were only provided a 1 percent maximum salary increase. The House has voted on a budget plan that would provide servicemen with a maximum 2.3 percent raise–a rate on par with the private sector. However, the Senate has knocked that figure down to 1.3 percent in its deliberations. The difference between all these percentages seems small, but even a small adjustment can put hundreds more dollars in a military member’s pocket.

Under the Pentagon’s current spending plan, pay raise caps will gradually increase over the next five years, reaching 1.8 percent by 2020.