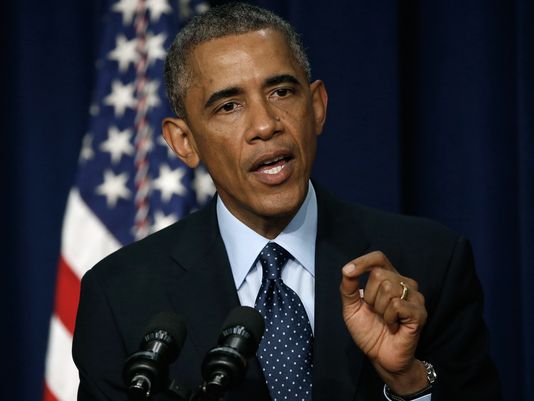 President Obama admitted in an interview Sunday evening with 60 Minutes that the U.S. underestimated the threat from Islamic State militants and overestimated the ability of the Iraq military to battle the militant group.

Director of National Intelligence, James Clapper told the Washington Post earlier this month that he believed the intelligence community made the same mistake it made in Vietnam, underestimating it’s opponents will to fight.

“In this case, we underestimated ISIL [the Islamic State] and overestimated the fighting capability of the Iraqi Army… I didn’t see the collapse of the Iraqi security force in the North coming. I didn’t see that. It boils down to predicting the will to fight, which is an imponderable,” Clapper told the Post.

The Islamic State – or ISIL, has used force to take control over large portions of territory in Iraq and Syria. The terrorist group has grown in numbers over the past few months due to its social media recruitment tactics and its ability to take over ungoverned territories during times of Syrian chaos.

“Essentially what happened was that you had al-Qaida in Iraq… they went back underground, but over the past couple of years, during the chaos of the Syrian civil war, where essentially you had huge swaths of the country that are completely ungoverned, they were able to reconstitute themselves and take advantage of that chaos,” Obama explained.

In recent months, President Obama has come under attack for his leadership and approach to foreign policy particularly in the Middle East. In September, President Obama addressed the nation in a 15-minute speech where he stated that the strategy was to “degrade and destroy” ISIL, which included an increase in airstrikes.

But critics believe the U.S. wouldn’t be in this predicament had the president listened to his intelligence team months ago. According to The Daily Beast, senior intelligence officials warned President Obama in February that ISIS would try to invade and take over Iraq and Syria by the end of 2014.

President Obama believes military will play a large role in solving this conflict.

“We just have to push them back and shrink their space, and go after their command and control, and their capacity, and their weapons, and their fueling, and cut off their financing, and work to eliminate the flow of foreign fighters”.