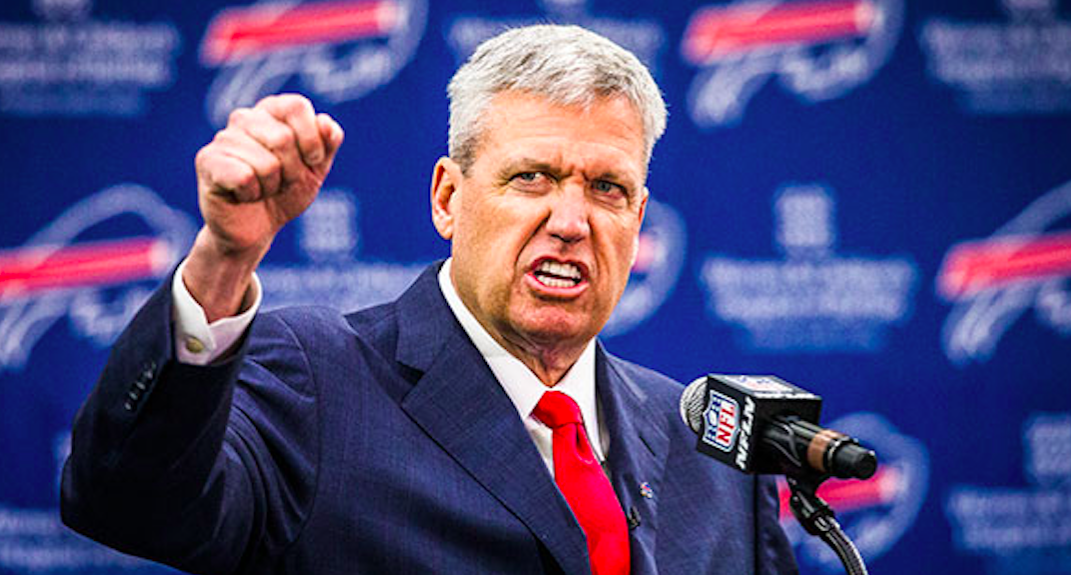 He’s not the first high-profile athlete to do it. And he surely won’t be the last either, but here’s a flash in case you haven’t been keeping your nose in the sports pages recently: San Francisco 49ers quarterback Colin Kaepernick (who plays professional football for a very, very good living) didn’t stand for the national anthem before a preseason game the other night — claiming it was to protest race-based oppression in the country.

“This country stands for freedom, liberty, justice for all — and it’s not happening for all right now,” he told reporters after the contest.

To no surprise, this didn’t set well with a lot of people. One of them was Buffalo Bills head coach and fun-loving twin Rex Ryan, who said it was sorta a slap in the face to all those who risked everything to allow that freedom/liberty/justice to be a thing in the first place.

This from the Military Times:

“You’ve got to look at the gifts that we have, the opportunity that we have to play a great game is through the men and women that serve our country,” Ryan said before practice Sunday. “And I think that’s an opportunity right there just to show respect.”

“Any time when I talk to our team about that, if there’s personal beliefs or whatever that keeps you from doing it, then I understand,” he said.

However, Ryan added, he encourages his players to stand for the anthem, and to do so as a team in a straight line along the sideline.

“That’s kind of our way of giving thanks,” Ryan said. “It’s an important thing for me.”

Others around the league concurred with Ryan. One of the more vocal players on the subject was Giants’ wide receiver Victor Cruz, who said “the flag is the flag” and that “this game and what’s going on around the country is bigger than just you.”

Unfortunately for Keenan Reynolds — the Baltimore Ravens’ quarterback who recently graduated from the Naval Academy in Annapolis is simply trying to vie for a spot and keep a low-profile as a first-year player — he was “put on the spot” regarding the subject by local reporters, but answered it with smooth and swift aplomb.

Via the Baltimore Sun:

“Obviously, being in the military, I’m proud of that position, I’m proud of being able to defend the country, so humbled [by] other people that came before me and gave their lives so I can play on the field and run around and we can live freely in this country,” Reynolds told ESPN after the game. “But like I said, that’s his right, and he’s going to do what he has to do.”

He put the incident in its place while not tearing Kaepernick down. Looks like Reynolds has an easy transition whenever his playing days are over — public office? Made that look like cake.

That Time a Marine Cub Saved the American Flag