However, as far as providing the finishing blow that so many Republicans are pining for? Yeah, they don’t really provide that. What they do supply are fascinating peeks into the intimate little world that Hillary Clinton has built around her, and the broaching of a number of topics ranging from civil to trivial to troubling to bizarre to absurd.

Here’s one that deals with gay marriage (one of the many topics that Clinton has flip-flopped on over her political career, here you can get a realistic feel for how she truly feels on the subject) and the hurricane that was once Sarah Palin and her buttoned-up band of less-than-buoyant pranksters, which may or not have implied FOX as well (it did).

The esteemed media outlet Gawker shrewdly points out that Hillary’s campaign now sells LGBT stuff like this on their website: 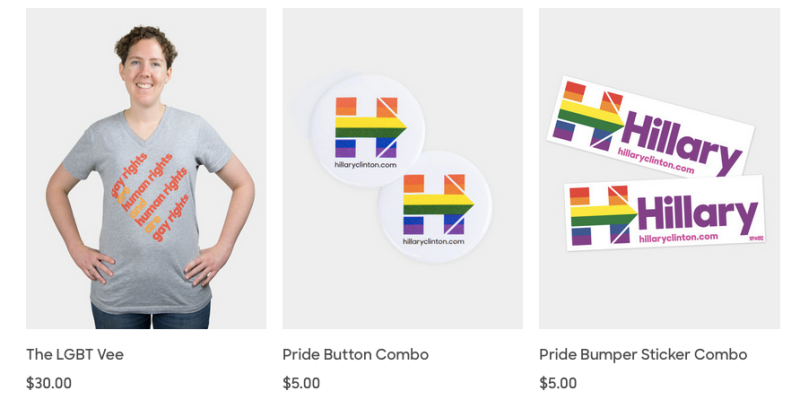 Our blog featured a flip-flopping montage Wednesday, which can check out by clicking here. It comes as no surprise that gay marriage was once of the issues highlighted.

She seems pretty adamant in the aforementioned email to Cheryl Mills that she wasn’t all about disregarding the usage of “mother and father” and placate to the gender-neutral revolutionists. Apparently, the “presumption of mother and father” was very important to her. Of course, she did say she didn’t want to defend the decision in front of “this Congress” — stressor on the “this”. Perhaps in front of another Congress comprised of a different breakdown/mix of liberals and conservatives she’d be cool with it?

But with Hillary, it’s just always so hard to tell.