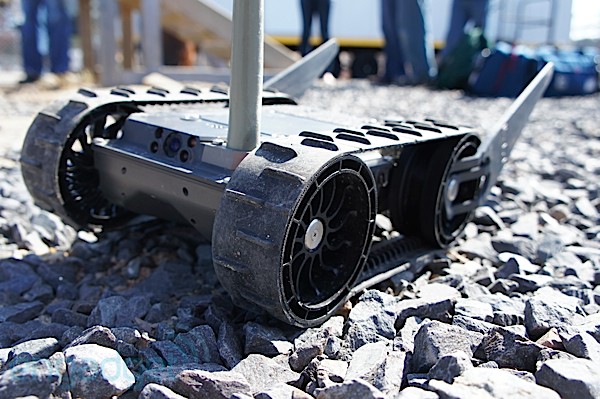 Sailors and special forces members will be able to survey dangerous areas without risking human lives, thanks to a five pound robot created by iRobot (who provides members of the military with a 15% discount on their robots).

Meet the iRobot 110 FirstLook, the Navy’s newest addition to its arsenal. The Navy spent $4 million on these compact bots in August 2015 and expects to receive its final shipment by February 2016. This investment might seem small in comparison to large military projects such as the F-35, but the FirstLook will have an immediate impact on active duty service members stationed in violent areas.

The FirstLook’s strength is its immediate situational awareness. The robot can observe, investigate and manipulate dangerous and hazardous materials while service members remain at a safe distance. Unlike its domestic cousin, the iRobot Roomba, the durable, rugged FirstLook can be physically thrown into areas human operators cannot reach safely.

“iRobot is pleased to provide these state-of-the-art robots to the U.S. Navy as they will help to address a wide variety of missions,” Tom Frost, senior vice president and general manager of iRobot’s Defense & Security business unit, said in a press release. “FirstLook is light enough and rugged enough to be thrown through a window or down a flight of stairs, and its capabilities are expandable with the addition of different payloads. We believe FirstLook is the most capable robot in its weight class.”

The FirstLook has been bought by military forces and first responders around the world. See the robot in action in the hands of a SWAT team in the video below, and get your own iRobot at a 15% discount as a member of the military community.