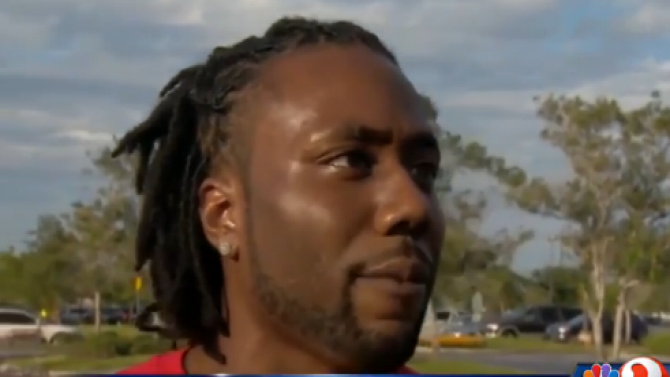 This is just a reminder that there are still good people in the world!

Kendrick Taylor was on his way to the gym when he heard a woman in the parking lot of a Winn-Dixie grocery store screaming for help while being a attacked. Without reservation, Taylor ran towards the man to stop the attack – unsure if the man was carrying any sort of weapons.

The attacker tried to run away when he saw Taylor coming, but he was chased down and apprehended until the police arrived to arrest him.

“I had to do something. Sitting back and watching, it wouldn’t feel right. I wouldn’t have been able to sleep at night, that could have been my grandmother,” Taylor told WESH 2.

The suspect, 24-year-old John Zachary Desjardi is in custody and being charged with attempted robbery and battery on a person 65 or older.