Meet the 5 Most Incredible Weapons from 2014 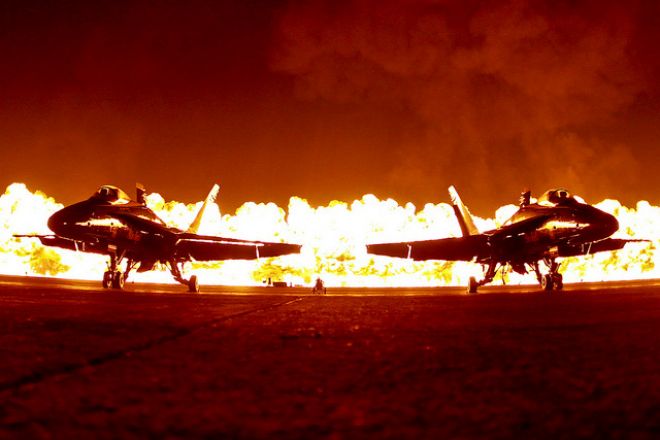 Meet the 5 Most Incredible Weapons from 2014.

The creative geniuses at DARPA have been working on smart bullets that change direction to hit targets mid-flight. The EXACTO (Extreme Accuracy Tasked Ordnance) program has successfully demonstrated a smart .50 caliber bullet against the flight path of a “dumb” bullet.

DARPA is also working on a One Shot XG System that ensures a perfect shot no matter the weather conditions. Simultaneously, the Army is testing a similar technology developed by Tracking Point, a Texas based technology company. Bad guys are in trouble when these rifles debut along with smart bullets.

Scheduled to debut in 2016, the Navy has been testing an Electromagnetic Rail Gun that hurls a 23 p0und projectile over 100 miles at speeds in excess of Mach 7. Incredibly, the system only requires one sailor to operate it.

The deeply secretive force known only as “The Unit,” Delta Force has been quietly kicking tail while avoiding the press. A security camera caught rare footage of Delta Force operators in action as they conducted a snatch and grab operation to detain Anas al-Libi, an Al-Qaida operative, outside his home in Tripoli, Libya. The commandos secure their target and exit the objective before the man’s confused family members have time to leave their house.