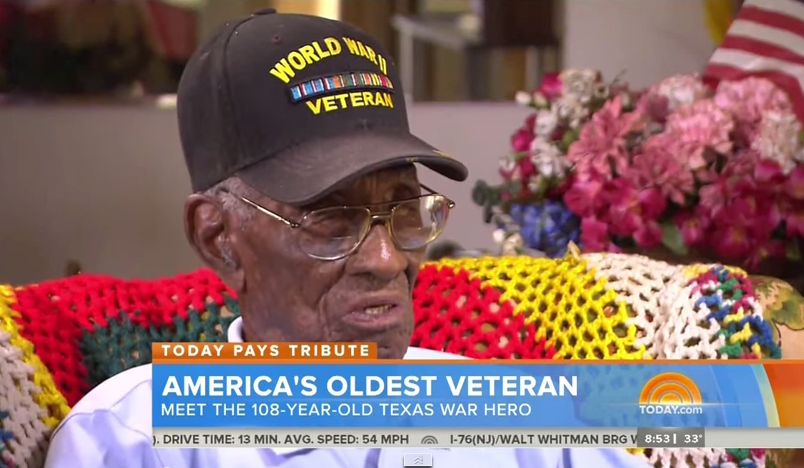 Richard Overton was born in 1906, not too long before the start of WW1. Years later he would go on to join the Army and fight in the second World War. Now at 108-years-old Cpl. Overton is the oldest living veteran in the U.S.

He’s been all around the world, awarded many medals, met celebrities and presidents, and still lives in the house he purchased over 70 years ago with his G.I. Bill – but his remedy for a long life is what makes this man who is now a living piece of history even more interesting.

In a sit down with NBC News correspondent Craig Melvin, Overton tells Melvin his secret to a long life is a little whiskey, cigars, and dairy.

“I don’t think about it [death], you can’t do nothing about that, it’s going to come wether you want it to or not”.

Listen to this wisdom, he’s still a very sharp man!