There was a time when every military member had a Hershey’s chocolate bar in their pockets. It wasn’t always tasty, and sometimes it was hard to chew, but it was the calorie-laden moral booster troops needed during World War II, Korea, Vietnam and the Gulf Wars.

The Hershey Company commemorates its past ties to the U.S. military by offering 20 percent off to service members, veterans and their families at the official Hershey’s Store. However, you can’t buy its defunct chocolate rations anymore.

Requirements: Army Quartermaster Colonel Paul Logan told Hershey’s founder Milton Hershey to create an emergency military chocolate ration that was portable and nutritious, but too gross for soldiers to binge on. His three requirements were thus:

1) It had to weigh no more than four ounces

2) It had to endure high temperatures without melting

3) It had to contain high food value

4) Most importantly, it had to taste “a little better than a boiled potato”

Soldiers Review: The bar, sarcastically nicknamed “Hitler’s Secret Weapon” for causing constipation, tasted awful. According to History.com, the oat flour in the chocolate formula made the bars so dense that soldiers couldn’t even bite into them. A lack of sugar also rendered the chocolate almost too bitter to be edible.

Brass Review: Logan asked for a nasty chocolate bar, and Hershey delivered. Troops ate the chocolate whether they liked it or not. Between 1940 and 1945, the Hershey Company produced 3 billion bars for the U.S. Army.

Requirements: As the Pacific Theatre of the war intensified, the Army wanted to update its military chocolate with something even tastier. With a few caveats, of course.

1) It had be able to hold its shape after one hour’s exposure to 120 degrees Fahrenheit.

3) It had to ditch oat flour and taste better that the Ration D bar.

And so the Hershey Company presented the Tropical Bar.

Soldiers Review: The Tropical Bar looked and tasted more similar to a standard Hershey’s chocolate bar, but it was still tough to chew and uniformly hated. Soldiers often traded their Tropical Bars to unsuspecting locals for better treats. The one thing it was good for was soothing the stomachs of sick soldiers. It was consequently nicknamed the dysentery ration.

Brass Review: Despite complaints, the Tropical Bar was still wildly successful. Hershey produced 380,000,000 2-ounce Tropical Bars by the end of World War II. The Army also awarded the Army-Navy ‘E’ Award for Excellence to the chocolate company for its work.

The chocolate bar remained an MRE staple after the war was over. In 1957, its flavor formula was revised to make the chocolates even more palatable. The Tropical Bar remained in use during the Korean and Vietnam wars. 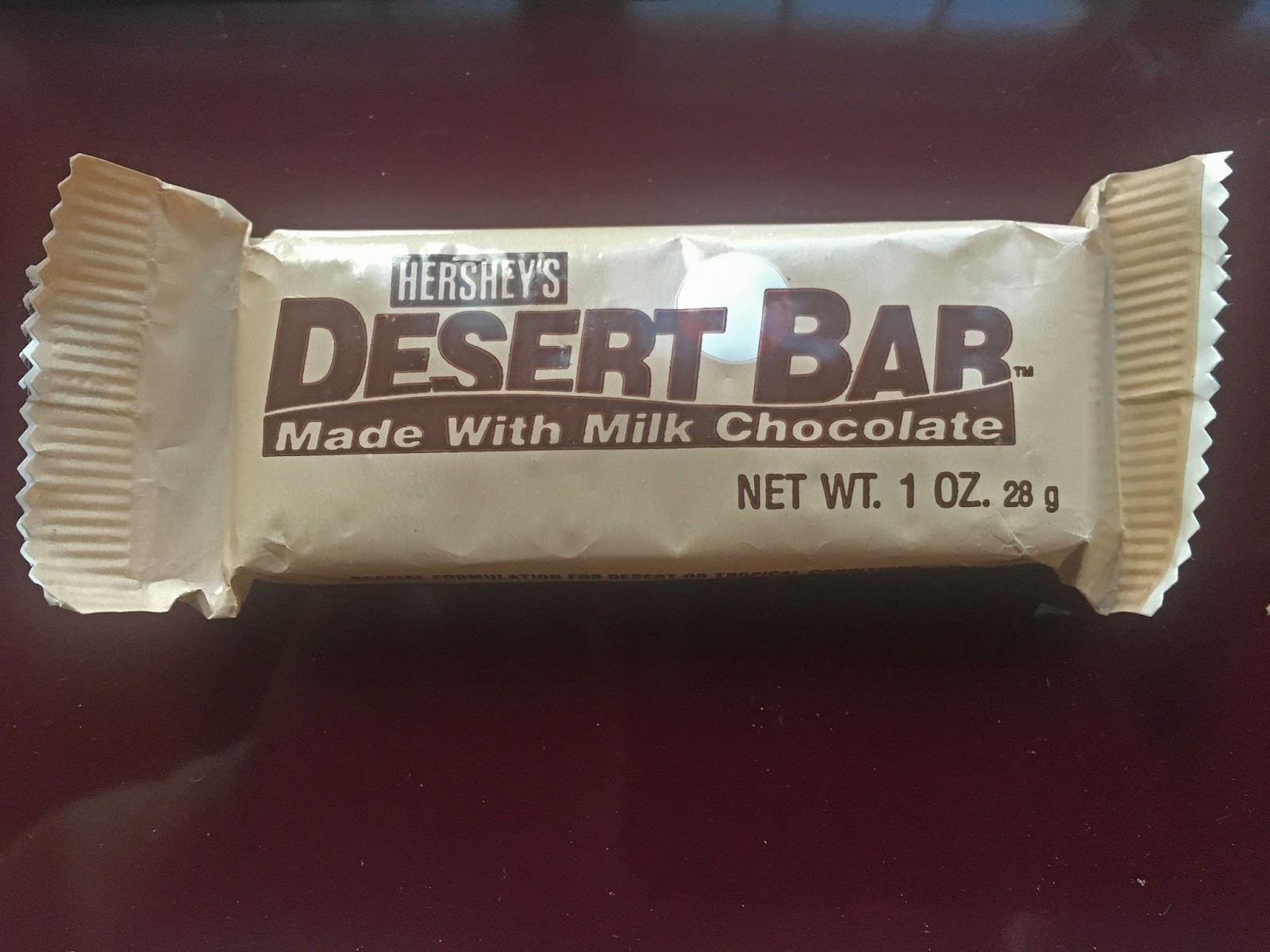 Requirements: When Operation Desert Storm brought American troops to the Middle East, the military once again had a need for a heat-resistant chocolate bar.

2) It could only weigh one ounce per unit

Soldiers/Brass Review: Operation Desert Shield and Operation Desert Storm both ended before Hershey was even done producing its Desert Bars. Only 144,000 bars even made it to the Middle East. It sold the defunct MREs as novelty items until the supplies ran out, and then discontinued the bar entirely.

A Youtuber who purchases, eats and experiments with expired MREs got his hands on an authentic Desert Bar and published his review. It’s probably the closest we’re going to get to finding out how this candy stacks up to its predecessors.

For the rest of us who don’t want inflict military rations upon our stomachs, the Hershey Store does offer every variation of the Hershey’s chocolate bar, M&M, Reese’s Peanut Butter Cup and everything in between.