Vox, the media outlet based in Washington DC, recently posted a fascinating YouTube video about the creation of maybe the most iconic monument America: the Lincoln Memorial. Contrary to popular belief, the tribute structure to Honest Abe was controversial in the time of its inception, and was even blocked from being built for years by a number of detractors, most notably Speaker of the House Joe Cannon.

Why’d he stop it? Did he despise Lincoln? Was he a racist? A Confederate flag waver?

Actually no. He just thought the location where it was to be built was ugly. And swampy. He didn’t trust it.

It’s quite the story, and told well in the clip below …

Toward the end of the clip, however, they include one of the proposed designs for the memorial that was ultimately kiboshed BUT it’s big fun to look at it, and imagine.

Because it’s essentially an Egyptian pyramid (the Lincoln Memorial that stands today is Greek influenced, Henry Bacon its architect) with all the trimmings: 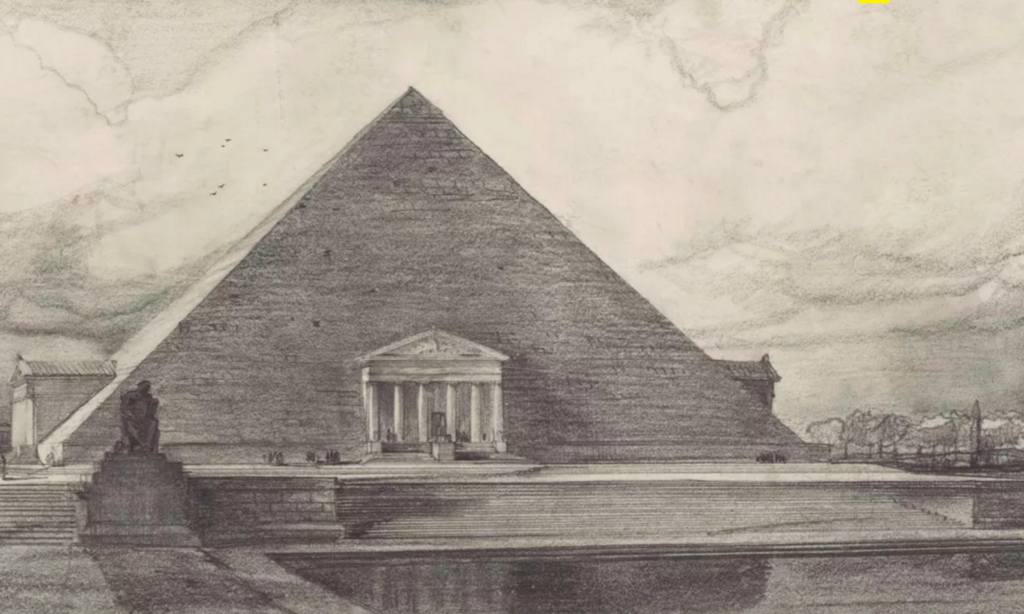 This was John Russell Pope’s brainstorm. And while it ultimately didn’t win, the creative did go on to shape some of DC’s more beloved structures, like the National Archives, the West building of the National Gallery of Art AND the Jefferson Memorial.

Wanna hear something funny? When the design was pronounced the victor, a chunk railed against it, claiming it was far too ostentatious, and that it should be a log cabin instead.