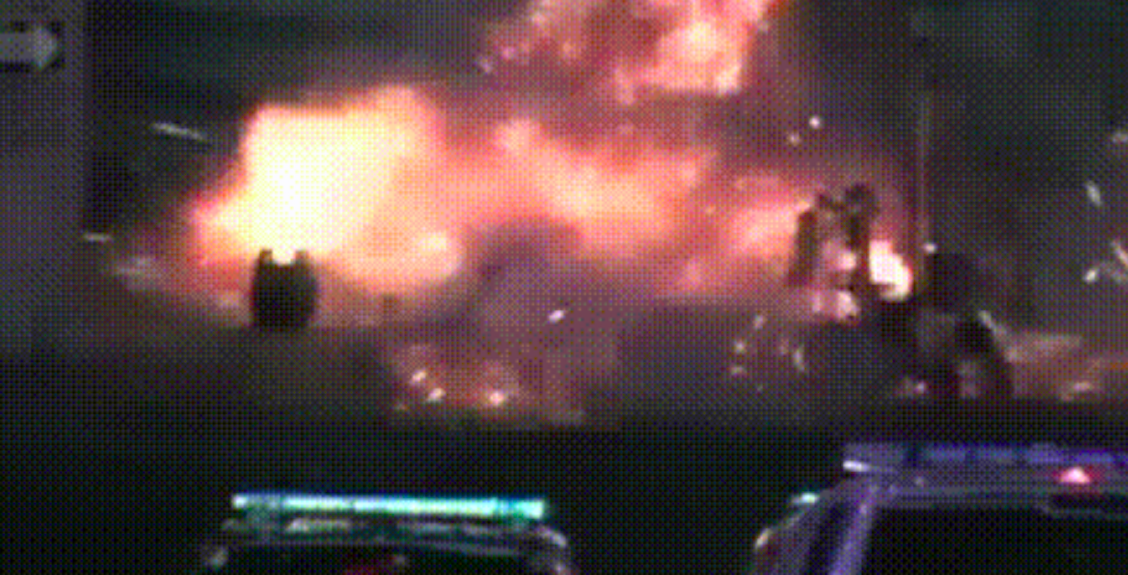 The man pictured below is Ahmad Khan Rahami, 28 — a United States citizen born in Afghanistan, and most recently residing in New Jersey. He’s the man authorities are searching for to question about both the Manhattan and Seaside Park, N.J. bombings that took place over the weekend, the latter cancelling a U.S. Marine Corps race on the boardwalk.

It’s not clear yet what role police suspect him of playing in the two bombings. They are clear on one thing, however: the incidents were indeed connected.

Rahami is 5-feet-6-inches tall and weighs about 200 pounds, with brown hair, brown eyes and brown facial hair, according to the FBI. He should be considered armed and dangerous, the FBI said.

Law enforcement officials said they were investigating whether Rahami could have been influenced by international militant groups or the ongoing conflict in his homeland.

Please share the following post with the photographs (via New Jersey State Police). Let’s catch this guy and put an end to this reprehensible garbage:

It’s been reported that a number of people have been brought in for questioning already regarding the bombings.

And while the Saturday bombings have been linked, the one that took place Sunday night in Elizabeth, New Jersey — backpack with pipe bombs beneath a train station in the town that was flagged and detonated, on purpose, by authorities — hasn’t joined them, yet.

It’s worth nothing, however, that FBI set up shop early Monday at an address where the Rahami family is said to live: a block from the Elizabeth train station. They own and operated a fried chicken restaurant in the area.

UPDATE: The suspect is in custody after shooting a police officer in Linden, N.J., according to reports …

Stay tuned to the blog for more on this developing story.