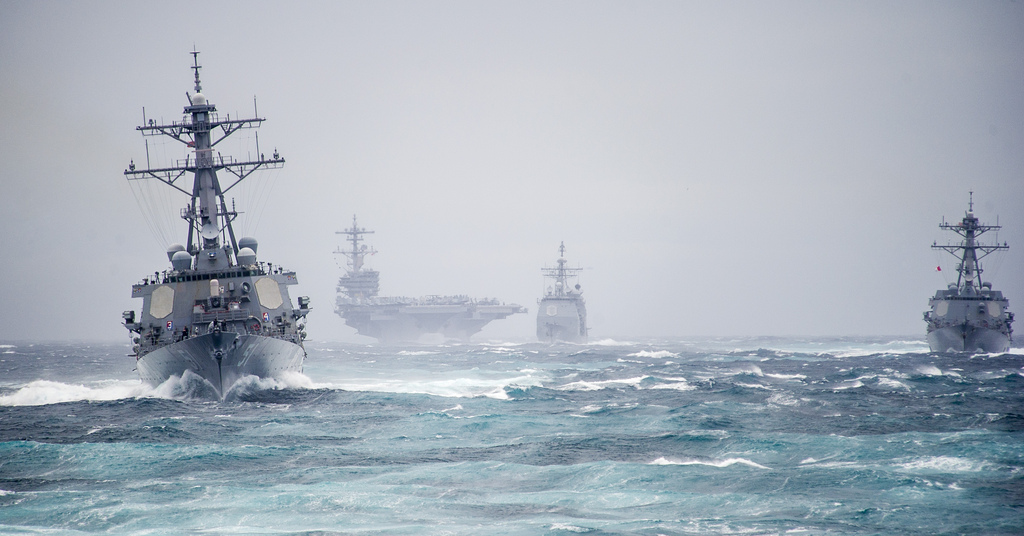 Today we celebrate the birth of the U.S. Navy and thank them for 239 long years of service!

Here’s some history on the U.S. Navy from: http://www.history.navy.mil/

The United States Navy traces its origins to the Continental Navy, which the Continental Congress established on 13 October 1775, by authorizing the procurement, fitting out, manning, and dispatch of two armed vessels to cruise in search of munitions ships supplying the British Army in America. The legislation also established a Naval Committee to supervise the work. All together, the Continental Navy numbered some fifty ships over the course of the war, with approximately twenty warships active at its maximum strength.

After the American War for Independence, Congress sold the surviving ships of the Continental Navy. The U.S. Constitution, ratified in 1789, empowered Congress “to provide and maintain a navy.” Acting on this authority, Congress ordered the construction and manning of six frigates in 1794, and the War Department administered naval affairs from that year until Congress established the Department of the Navy on 30 April 1798.

In 1972 Chief of Naval Operations (CNO) Admiral Elmo R. Zumwalt authorized recognition of 13 October as the Navys birthday. The Navy Birthday is intended as an internal activity for members of the active forces and reserves, as well as retirees, and dependents. Since 1972 each CNO has encouraged a Navy-wide celebration of this occasion “to enhance a greater appreciation of our Navy heritage, and to provide a positive influence toward pride and professionalism in the naval service.”