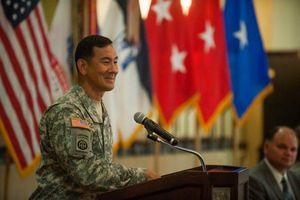 Sexual harassment especially against women in the military is both an ongoing and widely discussed topic.

“Right now, we know that this is a serious problem that is hurting our families,” Command Sgt. Maj. Yolanda Tate said. “It’s also hurting the military because every single day, somebody is affected by domestic violence. We as leaders, we have to get out and speak against it to prevent it.”

Maj. Gen. Clarence K.K. Chinn compared the Army to the National Football League. The NFL and its commissioner Roger Goddell have been under major criticism after a video of Baltimore Ravens Running Back, Ray Rice striking his then fiancé unconscious was released.

Chinn expressed to attendants that like the NFL, the Army needs to clean up its ranks and eliminate domestic violence.

This conference was intended to make commanders aware of services available to soldiers and their families while living on base.