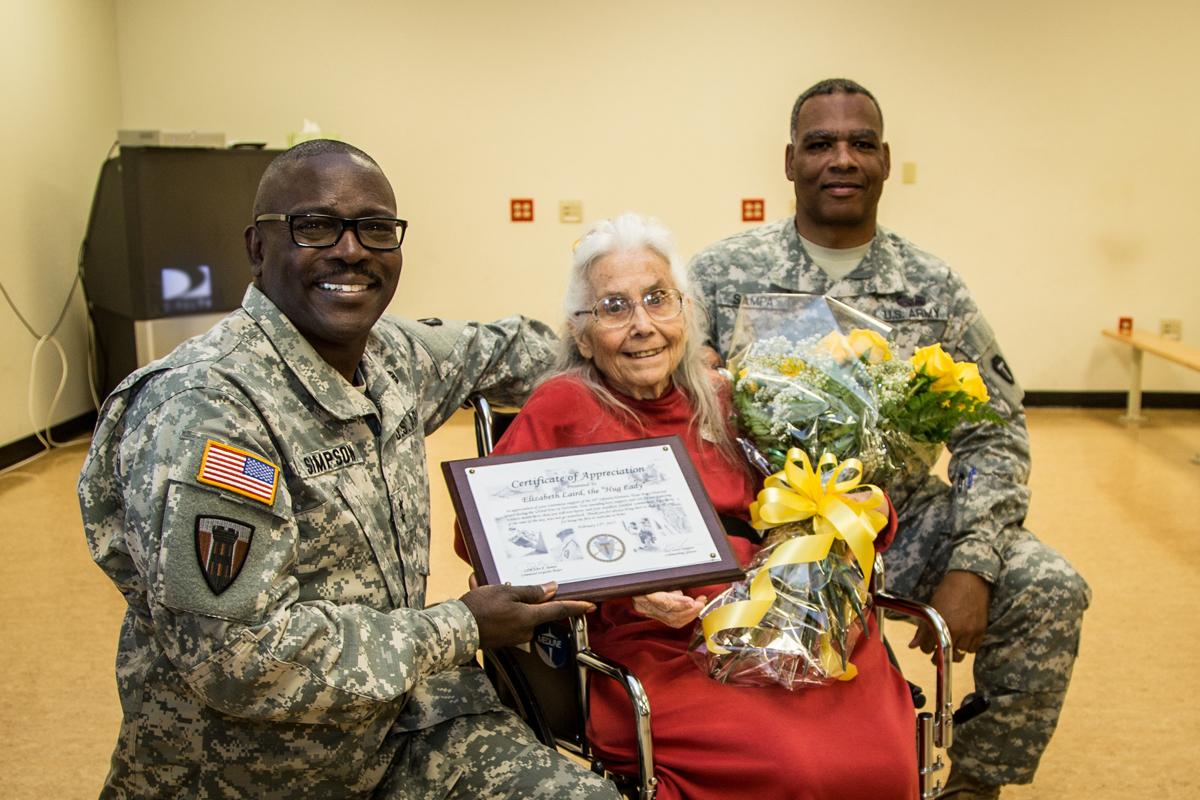 Elizabeth Laird, widely known throughout the military community as the “Hug Lady”, was honored at Fort Hood’s Robert Gray Army Airfield February 13 in the form of a commemorative plaque and a dozen yellow roses.

On hand for the occasion were soldiers of the 1st of the 112th Calvary Regiment, Texas Army National Guard, as well as commanders of the 36th Infantry Division: Maj. Gen. Les Simpson and Command Sgt. Maj. John Sampa, who bestowed the gifts.

Unfamiliar with the legend of the “Hug Lady”? Well, it all started one day 12 years ago, when she volunteered for the Salvation Army and made her way out to soldiers as they boarded flights bound for war zones.

“This one Soldier hugged me. There was another Soldier behind him in line and I just had to hug him,” Laird said. “It just snowballed from there.”

Weather and other life inconveniences might’ve stopped many from getting out to greet the troops, according to Laird that was never an option. She was steadfast in embracing them when they went, but also when they came home.

Now 83, the “Hug Lady” actually has a long and storied history with the military. She enlisted in the Air Force as a cook in 1950 at the age of 18, later taking up the trumpet in the band. After her service ended, she was hired by the Army as a stenographer and has been in the Fort Hood area ever since.

While Laird has struggled with health concerns in the past months, it hasn’t slowed her determination to get out and do what she’s famous for. After a recent ten-day stretch in the hospital she was right back and at it, greeting the troops with the embrace they’ve come to love.

“As long as the Lord will allow me, I’ll keep doing this,” Laird said. “Each of them are special.”