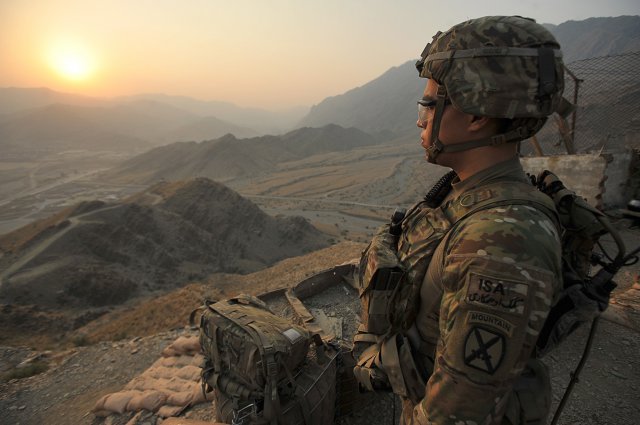 The Army’s first division to deploy to Afghanistan has finally returned home.

The 10th Mountain Division soldiers were welcomed home Monday in a ceremony at Fort Drum, celebrating the end of its combat mission in Afghanistan. On Monday, NATO and U.S. forces also held a ceremony to formally acknowledge the end of U.S. operation command in Afghanistan.

New York Governor Andrew Cuomo spoke at the ceremony, thanking troops for their sacrifice and service.

“Even before Iraq and Afghanistan, the 10th Mountain Division was the most deployed force in the Army. Iraq, Operation Desert Storm, Florida to fight Hurricane Andrew, Haiti, Somalia, Kosovo, you have done it all. From defending this nation, to peacekeeping, to helping in times of natural disaster, there is nothing you haven’t done to step up and answer the call of duty.”