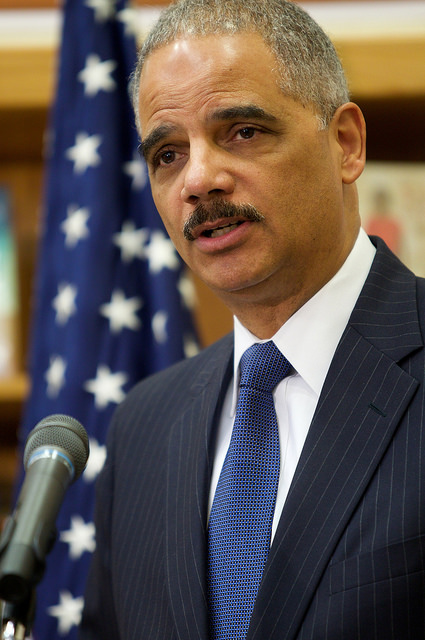 According to Attorney General Eric Holder in an interview with ABC News, the U.S. government has been mulling over ways to capture or kill ISIS propagandist known as “Jihadi John”.

The killer with the distinct British accent, who has been prevalent in videos released by ISIS where he stands by hostages before they’re gruesomely beheaded, is an obvious target for the U.S. and the West in the fight against the terrorist organization. In the past year, the organization has recruited tens of thousands of fighters and spread violence and destruction across the Middle East, especially in places like Syria and Iraq.

“I think there is something to be said for holding accountable [and] getting at the people who are responsible for these barbaric acts,” Holder told ABC News.

On Thursday both the BBC and the Washington Post identified “Jihadi Jon” as London native and college graduate Mohammed Emwazi. They described the neighborhood where he grew up as “working class” and reported that he joined ISIS after venturing to Syria in 2012.

While Holder wouldn’t corroborate these reports or guarantee that the terrorist would face justice, he did issue a firm statement regarding the philosophy of the U.S. in regards to the detestable group and their members.

“The vow that I can make to the American people, along with our allies, is that we will hold accountable all of the people who have been responsible for these heinous, barbaric acts. … That is something that we are focused on each and every day.”