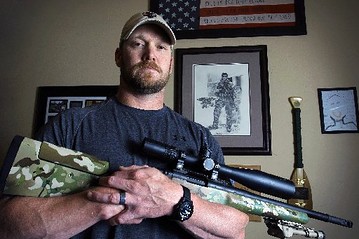 Director Michael Moore, a documentary filmmaker, tweeted his disapproval of the Chris Kyle-biopic American Sniper, which was directed by Clint Eastwood. The movie tells Kyle’s life story as a Navy SEAL and the deadliest U.S. military sniper. The tweet came after several other tweets about films that, like American Sniper, are currently in theaters and nominated for an Oscar.

My uncle killed by sniper in WW2. We were taught snipers were cowards. Will shoot u in the back. Snipers aren’t heroes. And invaders r worse

Moore’s dislike of snipers generated backlash, and he later followed up the controversial tweet with another:

But if you’re on the roof of your home defending it from invaders who’ve come 7K miles, you are not a sniper, u are brave, u are a neighbor. — Michael Moore (@MMFlint) January 19, 2015

(New: 10 of the Toughest Quotes in Military History)