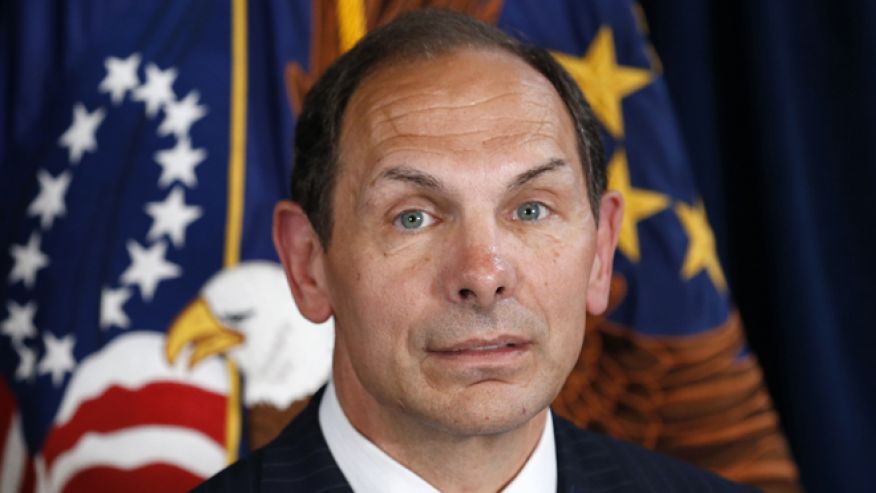 The Department of Veterans Affairs has moved to fire four executives in response to a nationwide scandal involving falsified records covering up the long wait times for veterans seeking medical attention.

In August President Obama signed into law a $16.3 billion bill that would help veterans avoid long wait times, hire more VA doctors and allow veterans who live more than 40 miles from a VA hospital or clinic and require prompt appointments to see a private doctor closer to them.

The law also made it easier for the VA to fire senior officials suspected of misconduct.

Deputy VA Secretary Sloan Gibson said Monday. “There should be no doubt that when we discover evidence of wrongdoing, we will hold employees accountable.”

Those fired include Susan Taylor a top purchasing official at the Veterans Health Administration, Directors of the Pittsburgh and Dublin, Ga. VA hospitals; Terry Gerigk Wolf and John Goldman as well James Talton regional director of an Alabama VA hospital.

According to the Associated Press, both Wolf and Talton have been on administrative leave since this summer. Wolf’s leave was the result of six patients dying and 16 becoming sick after an outbreak of Legionnaire’s disease traced back to water treatment issues in Pittsburgh area hospitals.

Talton was placed on leave after reports of patient records manipulation and staff misconduct.

All four executives have seven days after their dismissal to appeal.