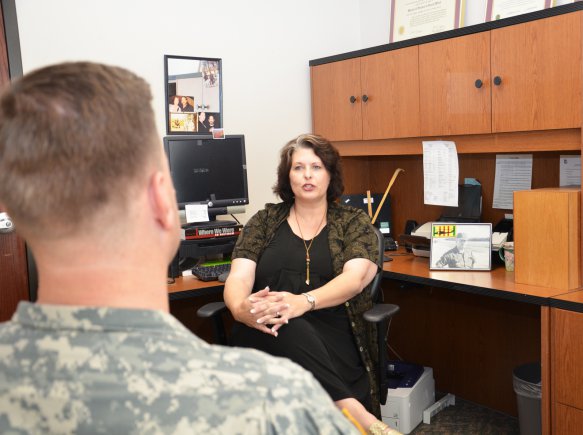 The House of Representatives passed a defense policy bill last week that will mandate how often troops get mental health checks.

According to the Army Times, the bill, which authorizes $30.7 billion for the defense health program, rejected Pentagon proposals to consolidate Tricare into a single plan — an idea that would have altered the medical program for nearly all Tricare beneficiaries except active-duty troops — but still makes significant changes.

The bill will dictate where troops fill prescriptions and how long they stay in treatment for mental health issues. The most critical requirement however, is that all active-duty and reserve troops receive one-on-one mental health exams at least once a year.

Soldiers can chose if they are examined during their annual physical or during pre- or post- deployment evaluations, but it is mandatory that they are face-to-face. Per the new bill, deployed troops will be required to have mental health checks once every 180 days during their deployment period.

The Defense Department will provide a full report to Congress on the progress of the mental health assessments.

“Beating this scourge is a critical component of military readiness,”​ said Donnelly.

Other requirements in the bill include mandating DoD to provide reports to Congress on issues, including: