This Date in Military History: U.S. Goes on ‘War Time’ and G.I. Joe is Born Forty days after the bombing of Pearl Harbor, Congress pushed “War Time” into effect beginning on February 9, 1942. Before this, the U.S. time zones were unstandardized and localities could choose which time zone to observe.

War Time enforced standardized time zones and pushed each one ahead one hour to create “Eastern War Time,” “Central War Time,” and “Pacific War Time.” After Japan surrendered in August 1945, the time zones were returned back to “Peace Time” and weren’t standardized again until 1966. 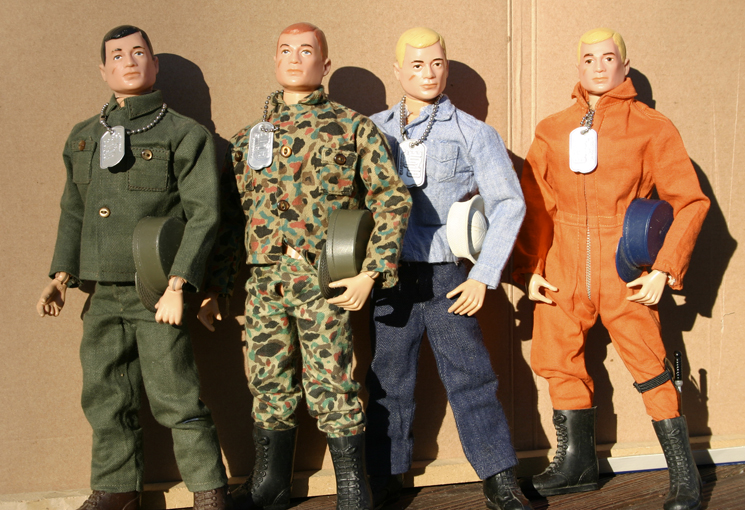 On February 9, 1964, Hasbro toy company debuted the original 12″ G.I. Joe toy. Because Hasbro didn’t want to use the term “doll” in reference to a boy’s toy, they called the new product an “action figure.” With the marketing success surrounding G.I. Joe, action figure became the standard term for a boy’s doll. Originally called Ace, Rocky, and Skip for different figures representing different branches of the armed forces, Hasbro changed the name of each version simply to G.I. Joe.

The title G.I. is often mistakenly thought to refer to Government Issued. Instead, in the toy line, G.I. stands for Galvanized Iron, which made up a fair amount of WWII American military equipment shipped overseas in boxes stamped with “G.I.”

Hasbro heavily trademarked their successful new toy line to prevent imitations and to protect G.I. Joe’s unique image as “America’s movable fighting man.” Because the human form alone cannot be trademarked, the toymaker placed a scar on G.I. Joe’s lower backside and placed the right thumbnail on the underside of the thumb to have something unique enough about the figure to trademark.