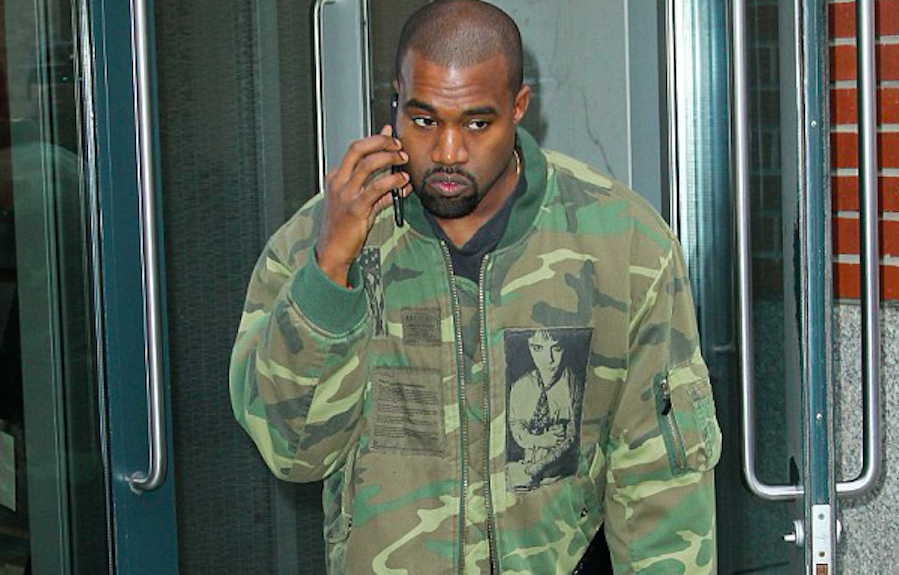 One of America’s most notorious/beloved college dropouts made a bold declaration Sunday night at MTV’s Video Music Awards (VMAs) inside the Microsoft Theater in Los Angeles, California. And while it wasn’t artistic or creative, it did trump all other gossip at the flashbulb-ridden pop music gala, which rolled along amid the glittery designer dresses and lip-synced performances and brands and logos and blood red carpeting and pill popping and underpaid seat fillers and overpaid microphone holders.

Chicago’s prodigal songwriting son, Mr. Kanye “Yeezus” West Kardashian, admitted to the world something that honestly? — never crossed our malleable, soupy American minds. That he — YE! — will vie, through the trials of democracy, to become the commander-in-chief of this great land … in running for President of the United States of America in 2020:

First order of business? Winning back the support of the United States military community, who he ostracized back in 2013 by giving this delusional interview and comparing his job to that of someone in combat (via the New York Daily News):

“I’m just giving of my body on the stage and putting my life at risk, literally,” West said to host Garrett, referring to his tour performances of songs like “Can’t Tell Me Nothing” and “Coldest Winter,” during which he stands on top of a moving mountain.

“That mountain goes really, really high,” he continued. “And if I slipped … You never know. And I think about it. I think about my family and I’m like ‘Wow, this is like being a police officer or something, in war or something.’” 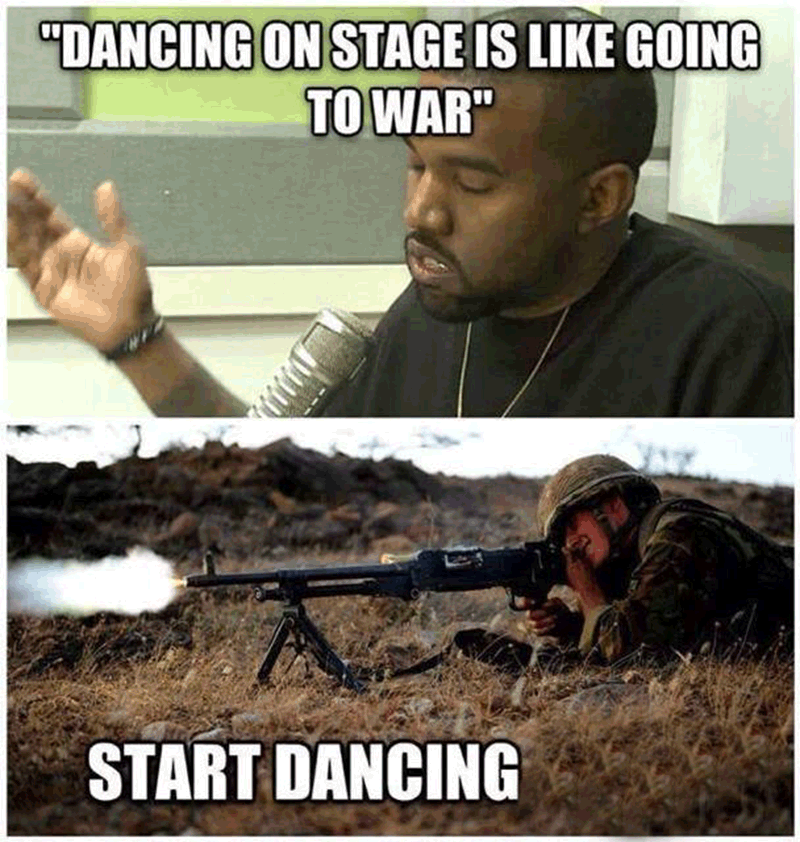 And this (from Sunday night’s VMAs):

But, you can’t forget about this: 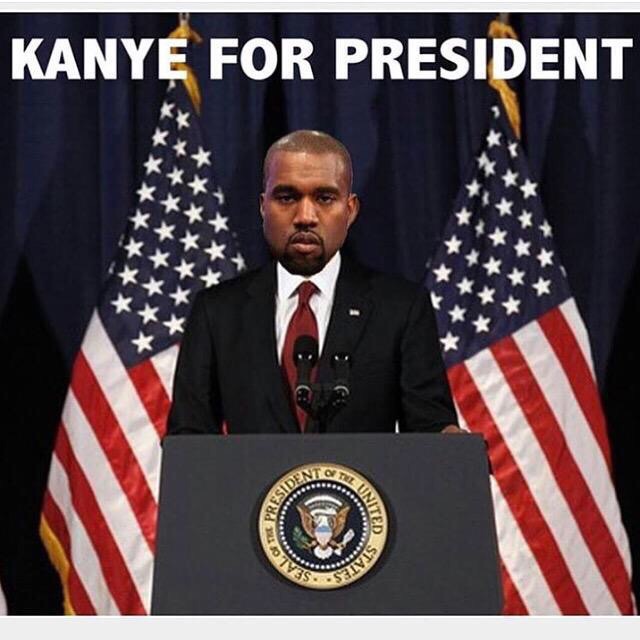