A Michigan family’s Labrador plunged into freezing Lake Michigan Tuesday morning. After strong currents pulled her away from the shoreline, the terrified dog began a desperate struggle for her life.

Crew members of Coast Guard Station Frankfort spotted the dog just after it entered the water.

Jumping into action, the Coast Guardsmen quickly organized a rescue party and a shore party. Realizing the dog didn’t have much time, the two-man rescue party leapt into the water and made their way towards the stranded animal. 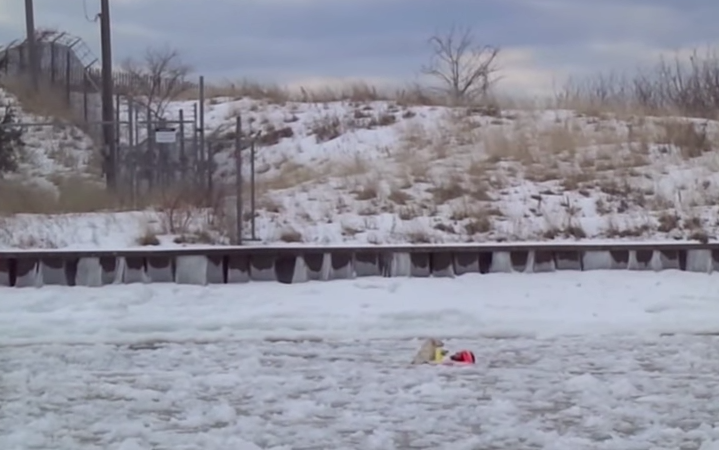 After swimming out to the dog in the icy and dangerous waters, without fear for their own lives, the two crew members reached the struggling labrador.

Attached to a line, one crew member held the animal while another swam ahead to help pull the pair to shore. The Coast Guard crew member with the dog had to push through ice blocks while pulling the dog towards the shoreline.

After swimming 200 feet to get the Lab and bring her to shore, the two rescuers reached shore exhausted but prepared to push the Lab upwards to safety.

One obstacle remained when the crew member carrying the dog was temporarily stuck on the line. 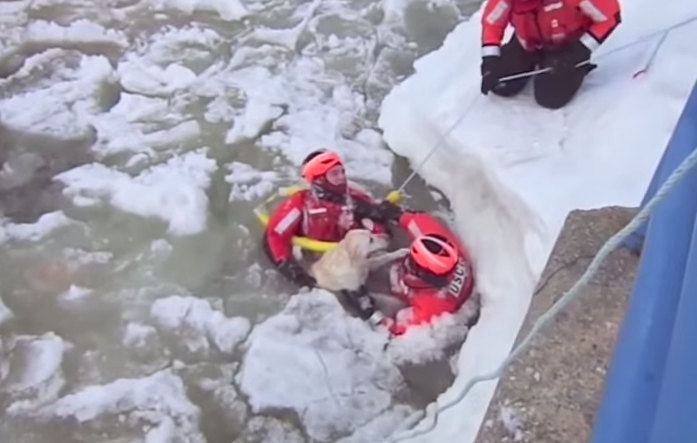 Two Coast Guard crew members freed their stuck teammate before one member of the short party reached down to grab the dog and pull her out of the water. 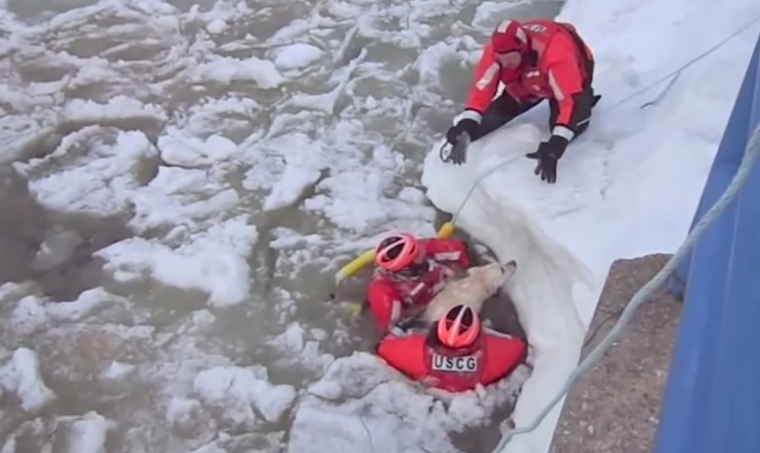 At one point, the two crew members still in the water were nearly fully submerged in slush ice. The rescuers handed the freezing dog to aCoast Guardsman waiting on shore. 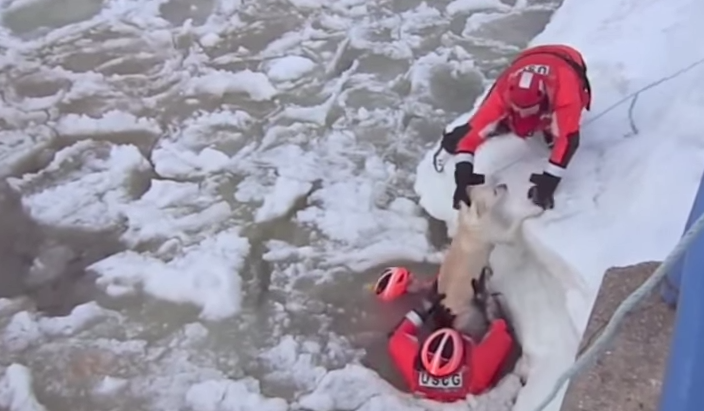 Quickly inspected by a Coast Guard crew member, the dog was extremely cold but without any major injuries. 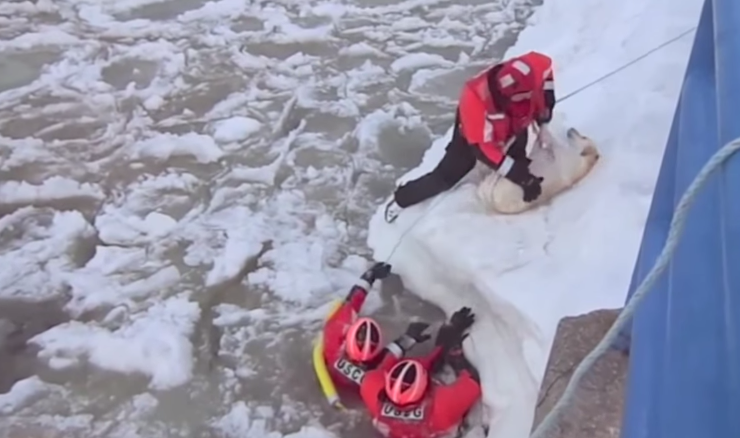 The rest of the shore party swaddled the frightened but safe pet with a warm blanket. 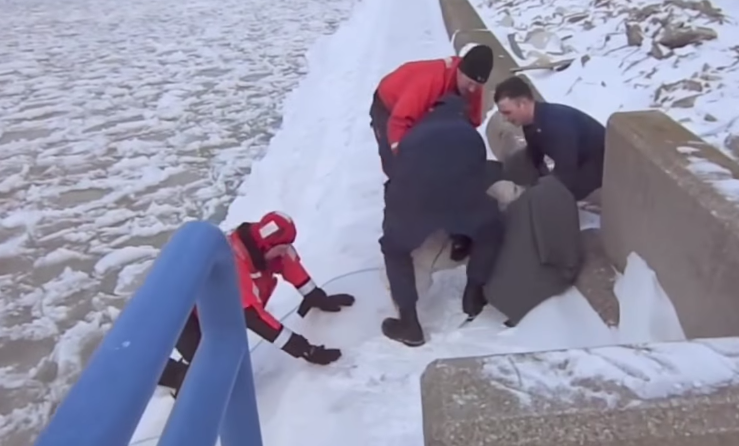 When one of the rescuers was asked about why he risked his life to save an animal, he responded, “To me, a life is a life, and we’re there for a reason.”

See the full rescue video below!