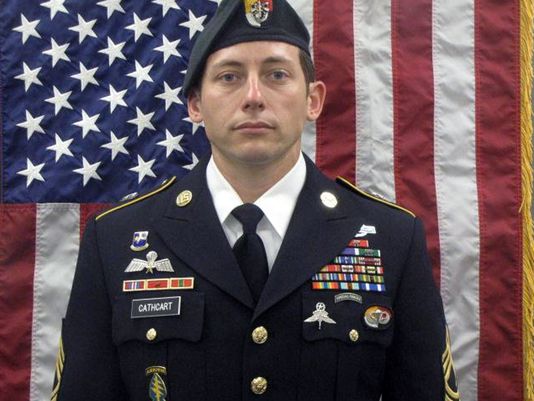 Cathcart served for 13-years in the Army and was apart of the 3rd Battalion, 3rd Special Forces Group at Fort Bragg, North Carolina.

Earlier this year, Sgt. Cathcart had the opportunity to participate in a special practice with the Carolina Hurricanes. After learning of his passing, the team decided to pay its respects with a video tribute during its game against the San Jose Sharks.

“The day that Mike practiced with our team at Cleland Ice Rink at Fort Bragg was a very special day for our players.

People throw around the word ‘hero’ too easily sometimes, but Mike Cathcart was a true hero. He proudly served our country and died protecting our safety and freedom. We are grateful for that day we were able to spend with him and the impact he left on our team. On behalf of the Hurricanes organization, I send heartfelt condolences to his family and his unit.”

Click the photo below to see the touching tribute 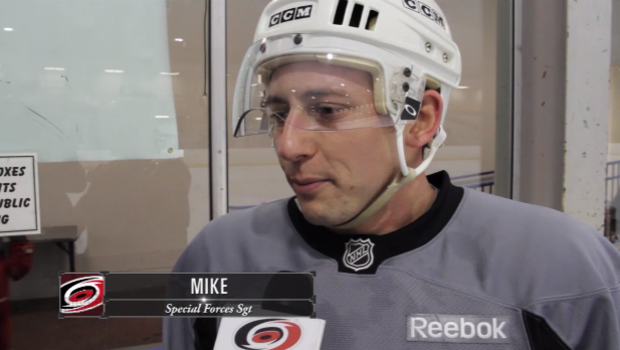