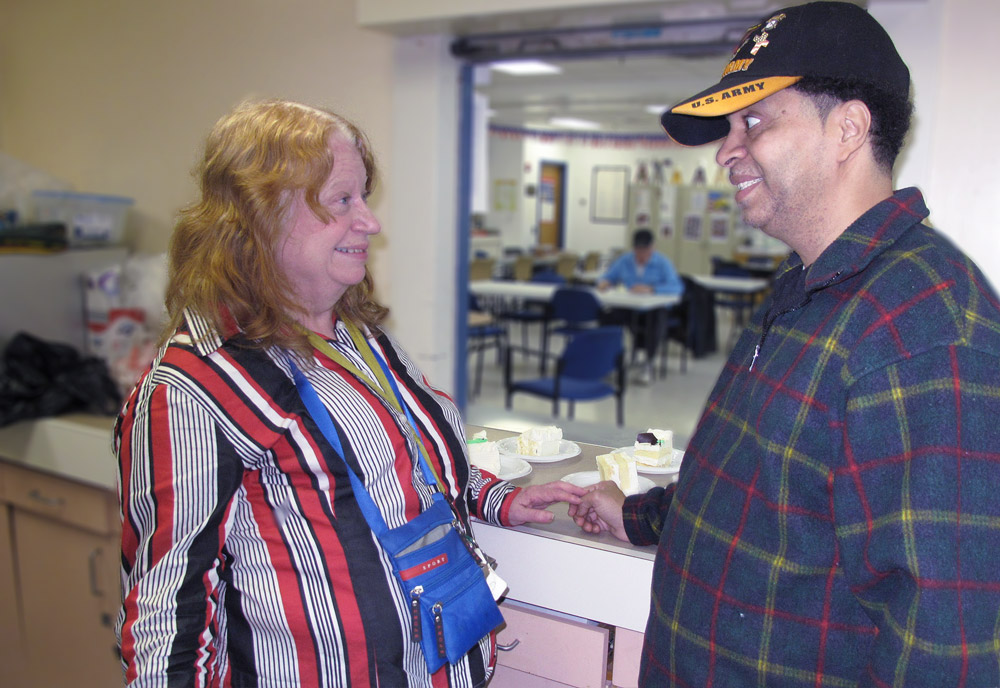 This past Wednesday, the Activities Coordinator at the New York Harbor Health Care System Mental Health Clinic hosted 110 local veterans for Thanksgiving dinner. The Clinic hosted its annual dinner the night before Thanksgiving and the event was a success thanks to Patricia “PJ” Johnson.

Johnson joined the New York Harbor Manhattan Clubhouse program at the Mental Health Clinic in 1993 and now coordinates events that allow local veterans to meet one another, learn new things and build a community. The Clubhouse serves as a gathering place for Johnson’s community events and is a mental health recovery initiative within the Mental Health Outpatient Clinic. One Army veteran, a friend of Johnson’s for decades, says, “PJ is definitely the Clubhouse. Without her, we would have no mother.”

However, Johnson was diagnosed with cancer several years ago and after a car ran her over, she suffered severe and extensive injuries. Johnson was in rehabilitation for nine months but said that knowing someone depended on her helped her during her recovery.

Now, several years later, Johnson has defeated her cancer and continues planning and holding annual Thanksgiving feasts at the Clubhouse for local New York City veterans. Her continued efforts for the veteran community were recognized this year by the Department of Veterans Affairs New York Harbor Healthcare System. Director Martina Parauda awarded Johnson the 2014 Secretary of Veterans Affairs “Hands and Heart Award.” We congratulate Ms. Johnson on her long-deserved  award and thank her for her service.