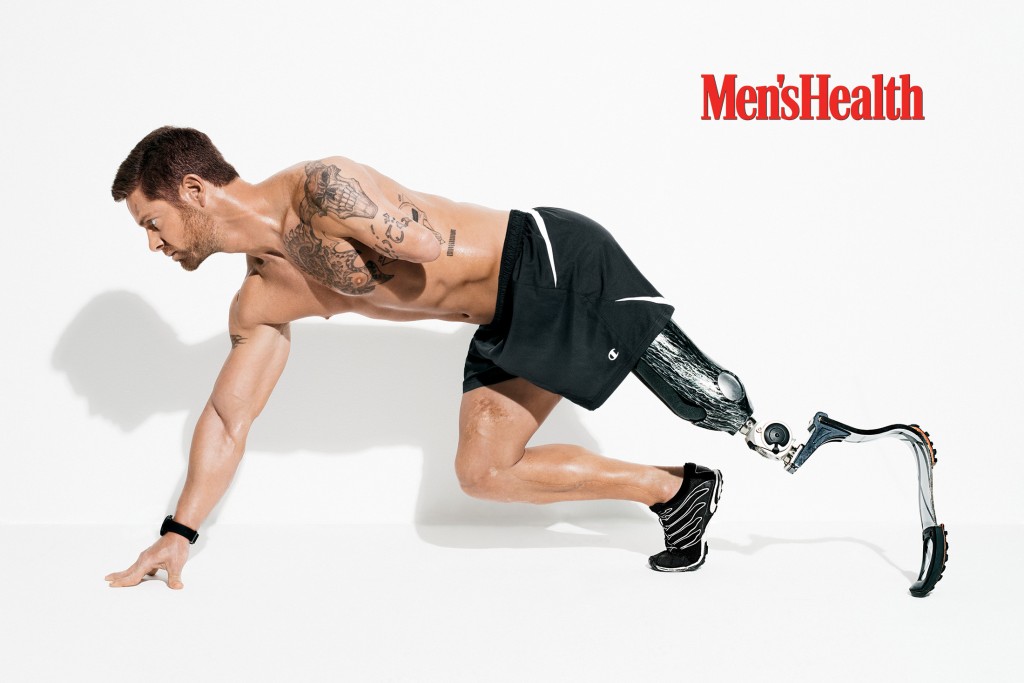 Former Army Sergeant, Noah Galloway has been chosen to grace the cover of the November 2014 issue of Men’s Health Magazine.

Noah and more than 1,200 other men submitted entries in the Men’s Health Ultimate Guy search, sponsored by Kenneth Cole MANKIND, for a guy who personified the spirit of Men’s Health.

Galloway was deployed to Iraq in 2003, and two years later while on his second tour hit a trip wire that triggered a roadside bomb – he woke up Christmas Day in Walter Reed Hospital with his mouth wired shut and two limbs missing.

He simply told Men’s Health, “I was done”.

His situation led him into depression and drinking until one day he knew it was time to develop a new outlook on life for his children and family. He joined a gym and began working out, which led to a positive perspective and now the November cover of Men’s Health. 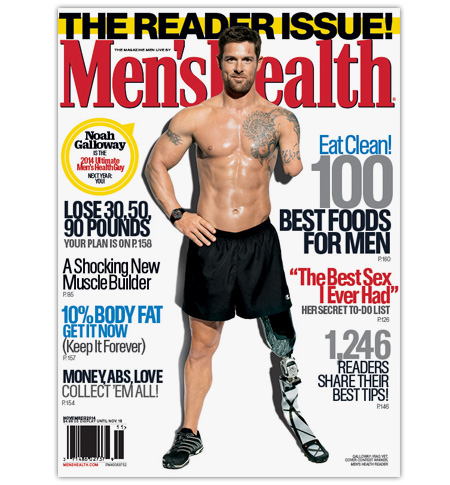 Galloway said in his finalist tape that he hopes to be an example to everyone that despite the challenges you face in life, you can overcome them.