Army Vet Turns his Wedding into a Fundraiser for Wounded Soldiers 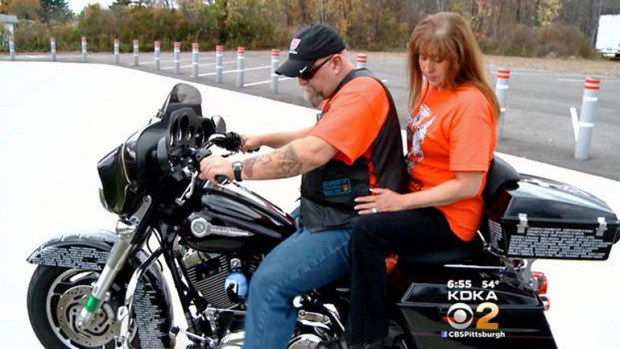 A Pittsburgh area couple have decided to opt out of a traditional wedding ceremony and instead turn their nuptials into a fundraiser for a group of people they consider family: wounded warriors.

Jesse Mercure enlisted in the Army in the late ’80s and spent 22 years in active-duty and four in the reserves. In 2004 he completed a tour in Iraq with the Army Reserve’s 326th Quartermaster Corps.

After retiring, he spent most of his time helping veterans wounded in combat and working with various charities in the Pittsburgh Tri-State area.

“Since I retired from the Army, I try to do what I can to raise awareness, support vets, working with charities,” Jesse told CBS. “So, to me, this is just a way to have a big life event, but have it benefit somebody that needs it.”

Mercure proposed to Donna Matters earlier this year and they decided to wed on Halloween night. The ceremony will be held at Xlerator Bar and Grill in Beaver Falls and will cost $25 at the door. All money raised will go to “It’ All About the Warrior” Foundation – an organization founded in 2012 that is dedicated to helping Western Pennsylvania, Eastern Ohio and Northern West Virginia area  post 9/11 veterans returning from Iraq and Afghanistan.

The Army vet has also inscribed the names of every Pennsylvania area soldier who died in combat in Iraq and Afghanistan on his Harley Davidson.

There are currently 289 names.

The couple says their wedding is open to the public and the first 100 guest will receive a free t-shirt to not only commemorate the union but also remember those wounded fighting for our country. 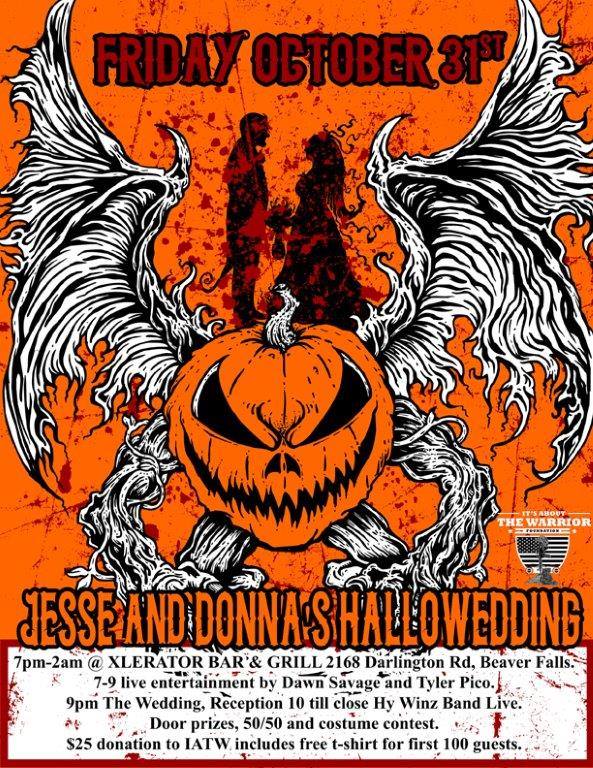