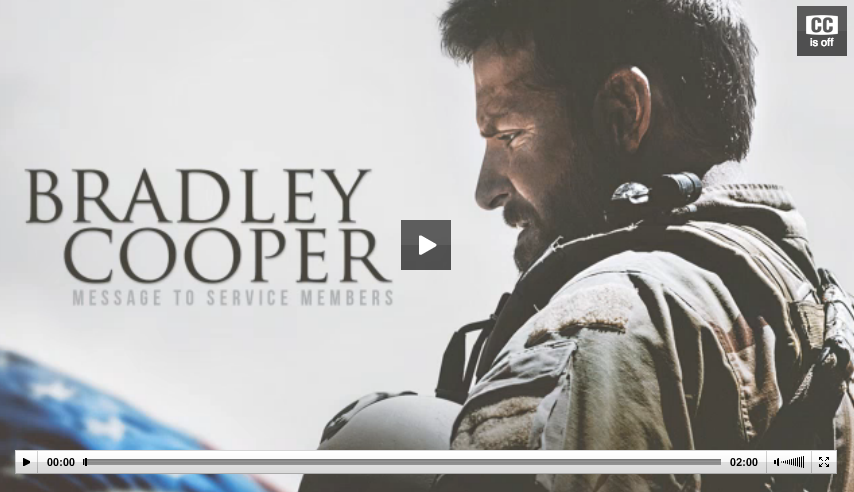 In the film American Sniper, which broke records in its opening weekend, Bradley Cooper stars as Chris Kyle, the most lethal American military sniper.

Cooper recently sent a message of support and gratitude to all American servicemen and women before attending an American Sniper film showing near the Navy Memorial in Washington, D.C.

Watch the full interview and behind-the-scenes movie footage over at the Navy’s All Hands online magazine.