Alabama Woman Claiming to be a Marine Corps Veteran Exposed 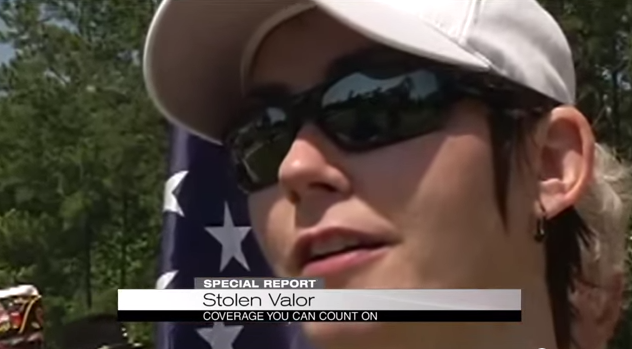 Another shameful act of stolen valor.

Julee Johns, an Alabama woman claiming to be a 16-year Marine Corps vet, retired Master Sergeant, and veteran of both Operation Iraqi Freedom and Enduring Freedom has recently been exposed for an act of stolen valor.

Earlier this year, WIAT 42 covered Memorial Day ceremonies in Birmingham where news reporter Parrish Alleman met and interviewed Johns on camera about her experience in the military.

After the story aired, it gained a lot of attention from Facebook groups for female Marines. The comments in the group sparked a five month investigation into Johns’ past.  Alleman spoke to three female Marines who pointed out the medals and ribbons including Johns’ 3 Bronze stars were a red flag.

Both the Birmingham VA and the Deputy Director of public affairs on Parris Island – where Johns claimed to be a drill instructor – claimed to have no record of a Julee Johns.

After contacting the Marine Corps manpower division, Alleman found out that Johns reported for recruit duty on Jan. 6, 1997 and was released two weeks later.

Julee Johns apologized for her crime saying “I don’t think sorry is going to be enough but I don’t know what else to say”.

Watch the video for the full investigation.