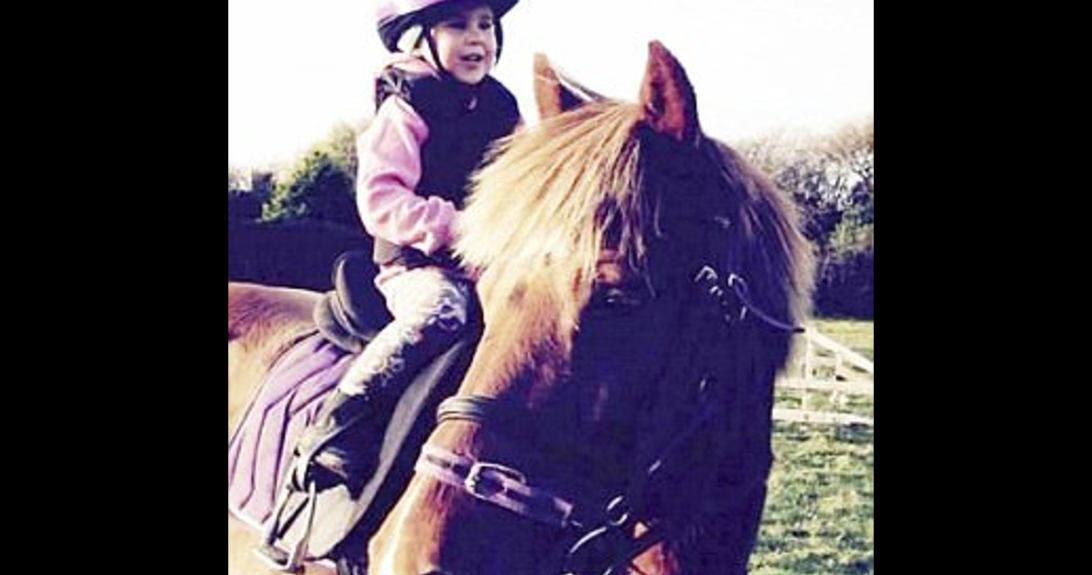 A mother told a British tabloid that her three-year-old daughter’s pony, Monty, was killed after a bunch of fighter jets from a local United States Air Force installation flew too loud overhead and spooked the animal to death.

“The horses were galloping around fine at 12:30 pm, at about 3:30 pm the low-flying planes were spotted in the area and at about 4:30 pm our pony was found in a very bad state,” Naomi Brown told the Daily Mail.

A veterinarian was called to the scene but, according to Brown, the young horse “twisted his gut and died before the vet could arrive.”

While the USAF admits the jets were in the vicinity, it firmly denies that they were responsible for any livestock’s death.

The U.S. Air Force said Tuesday that two F-15 Eagles were flying in the Cornwall region but couldn’t have flown low enough to startle any animals.

“These aircraft were flying in accordance with the rules and limitations of the UK Low Flying System and would have been no less than 500 feet above the ground,” the Air Force said in a statement.

Studies concentrating on the health effects caused by sonic booms don’t yield much evidence to support Brown’s claim (over the course of a long period of time, they might cause thickening of heart tissue, according to Navy testing in Puerto Rico).

The cracking of a bullwhip — if done properly — is actually a small sonic boom (it successfully breaks the sound barrier).