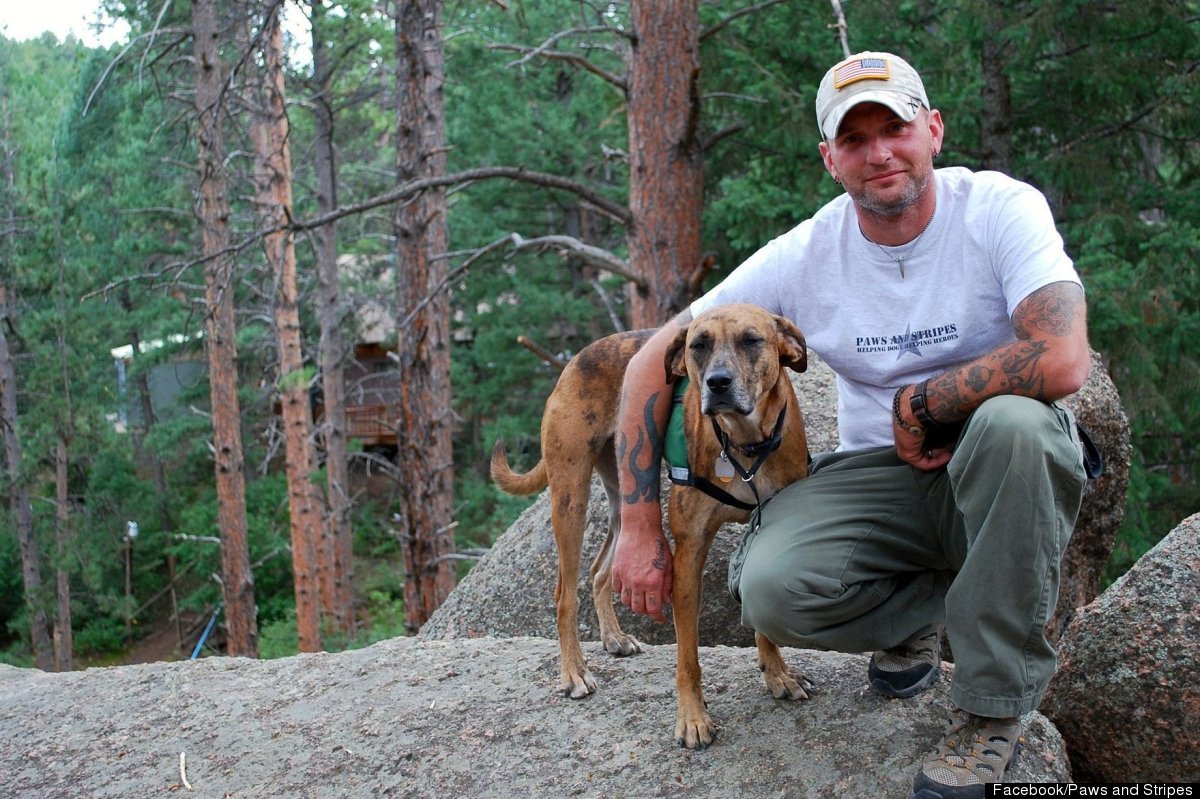 A&E Network is set to premiere a new docu-series called “Dogs of War” that will follow the lives of veterans living with PTSD and how their service dogs help them readjust to civilian life.

Dogs of War will follow the lives of different veterans each episode but is primarily based on the lives of Jim and Lindsey Stanek – the couple started the non-profit organization Paws and Stripes.

The organization provides service dogs to wounded veterans who suffer from PTSD and traumatic brain injuries.

“This series is full of raw, real and intensely emotional moments that don’t often get a spotlight in mainstream media,” David McKillop, General Manager and Executive Vice President of A&E said in a press release.

Jim Stanek is a veteran and suffers from PTSD as a result of three tours in Iraq. According to NIH, 20% of Iraq war veterans suffer from PTSD.

Researchers have conducted studies that prove the positive effect service dogs have on veterans behavior and overall comfortability. USA Today released a video recently where a service dog could sense his owner getting agitated and proceeded to calm him down.

“Each veteran’s story of survival is humbling and we are proud to create a series that captures the light at the end of the tunnel for these heroes,” McKillop said.

Dogs of War will premiere November 11 on A&E.

Check out a preview of the show below