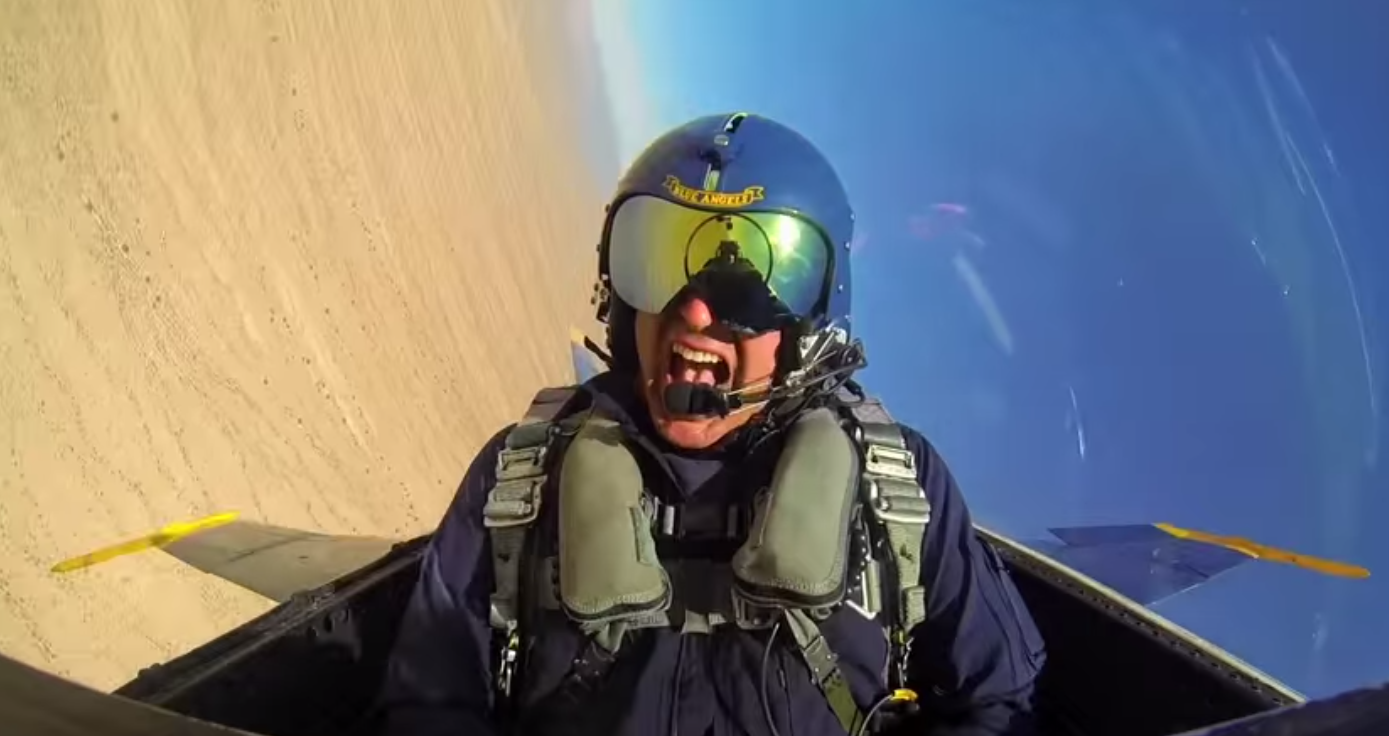 Did you know the man who nails this Top Gun 2 audition in the clip below (with the help of a real-life Blue Angel) and who nailed the crap out of this scene in the renowned comedy Step Brothers and starred as perpetually jacked-up correspondent on The Daily Show is also a decorated retired Marine veteran and former pilot?

He is. This from his Wikipedia page:

Riggle was a Lieutenant Colonel in the United States Marine Corps Reserve and served in Liberia, Kosovo, Albania, and Afghanistan. He was a public affairs officer with the New York City Public Affairs unit and a recipient of the Combat Action Ribbon. Riggle joined the Marines in 1990 after getting his pilot’s license, intending to become a Naval Aviator, but left flight school in order to pursue his comedy career.

On January 1, 2013 Riggle retired from the Marine Corps after 23 years of service.