The SAF-T BRA: The Military’s Bullet-Proof Brasiers of WWII

In our daily crawl for interesting military-related news, we discovered an interesting story about beating the odds and finely-crafted underthings.

On Friday, a female cyclist backflipped out of the ornery claws of death when her bra deflected a hunter’s stray bullet. The round had rebounded off a nearby boar and bounced off the metal underwire of her sports bra. In the above image, you can see both the bullet and the bra in question.

After reading this story, we couldn’t help but wonder if bullet-deflecting bras were something the American military could use. In turns out that the military already developed bullet-proof bras in the 1940s.

The results were less than stellar. 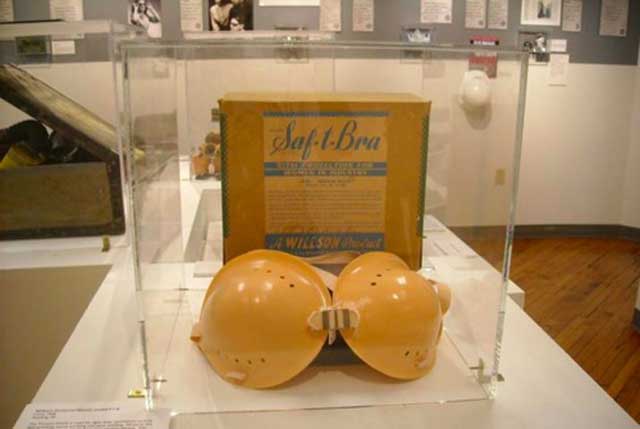 A plastic contraption reminiscent of two hardhats taped together, the SAF-T BRA was developed to protect female factory workers from ricocheting shrapnel. Its goal was more to protect women from occupational hazards than enemy fire, but the boob shield idea was there.

Here’s a photo of the SAF-T BRA being modeled in what must have been a racy photo during the 1940s. 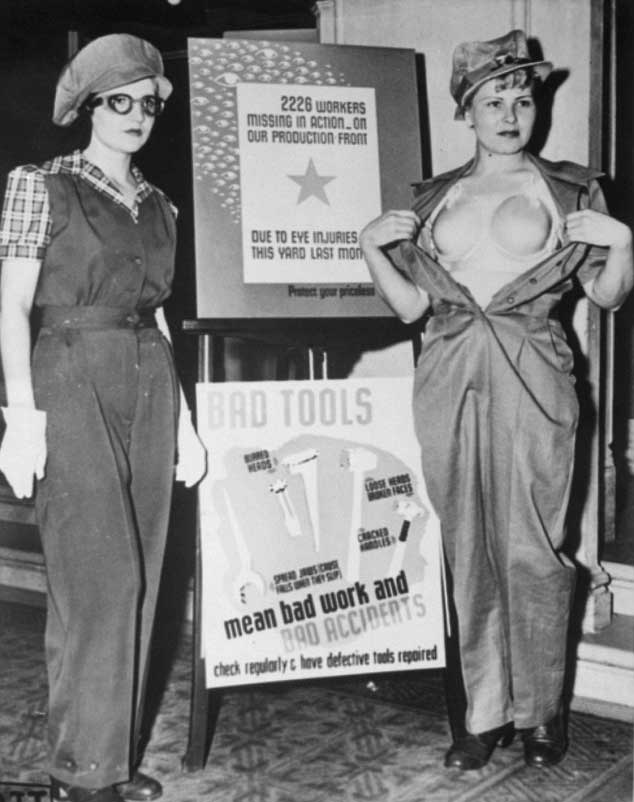 Clearly, this was not a one-size-fits-all deal.

The bras were manufactured by a company called Wilson Goggles, which explains why the SAF-T BRA looks more like a defective pair of water goggles than a breast holster. Unsurprisingly, the concept behind the SAF-T BRA has been long abandoned. Female military members are probably better served sticking to modern body armor.