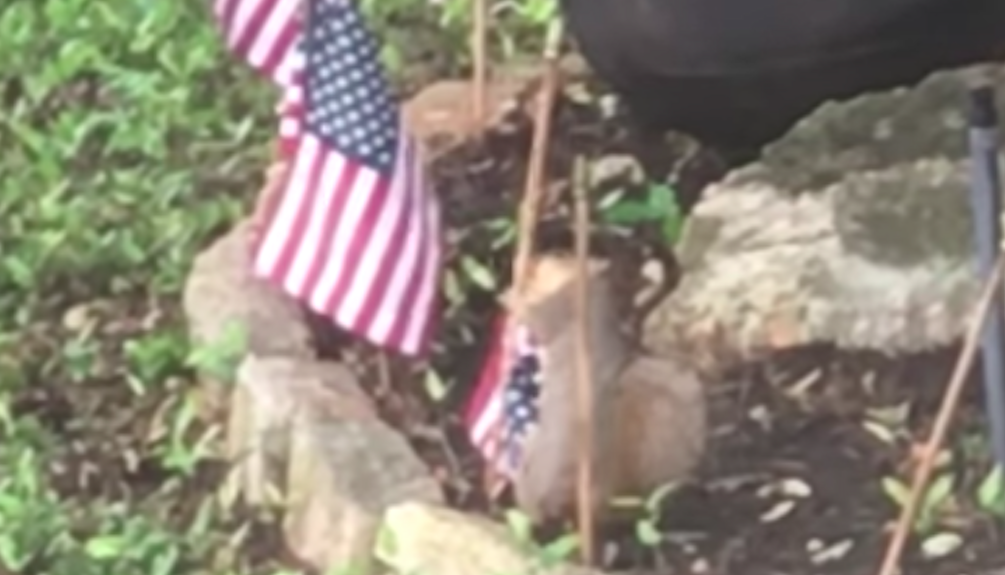 A United States Air Force veteran and his daughter, Jennifer Northam, were a bit anguished when they awoke one morning during the week of Memorial Day to discover that the American flags they had placed in their front yard were … gone.

There was nothing but sticks in the ground.

“It wasn’t like it had just fallen off. Both of us were kind of heartbroken. We were just confused because we’re new to the neighborhood. We didn’t know if somebody did it — or what happened,” Northam told FOX6 NOW.

Then their neighbor, Devin Rivera-Duque, let them in on a secret. A smartphone video.

“I was just like, ‘oh my God. These animals have a mind of their own! Like, you never would guess that they would do something like that,” he told the local news.

Or maybe they merely wanted to dress up their digs all patriotic for the holiday, too?