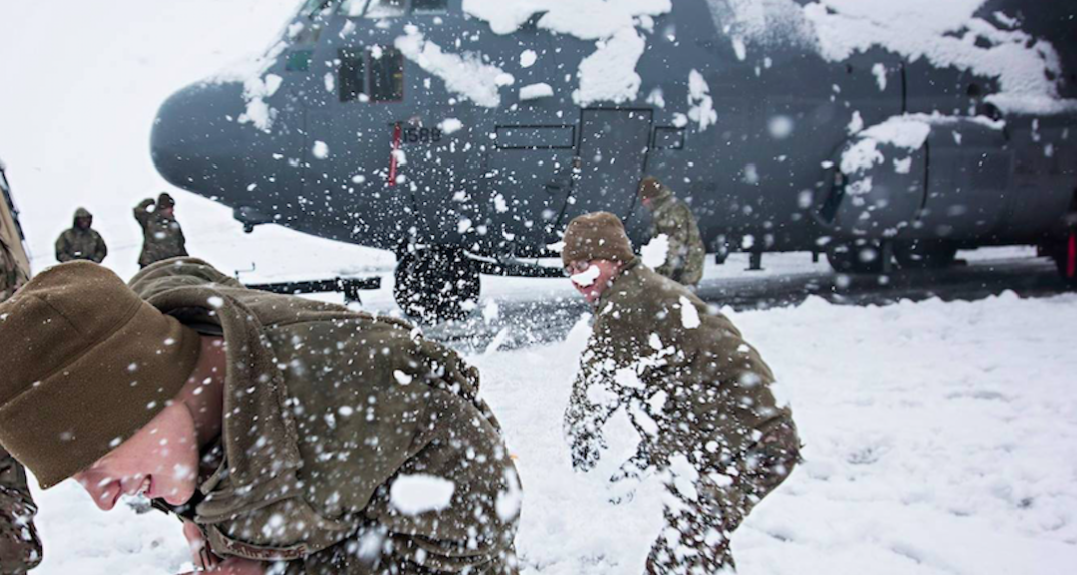 The Pentagon tweeted out the following photograph from their official handle Wednesday depicting United States airmen, in Afghanistan, engaging in a no-holds-barred snowball fight while shoveling the tarmac at Bagram airbase. As one can see, the installation received several inches this week (not uncommon for the region).

.@USAirForce airmen toss snowballs after shoveling snow at Bagram Airfield, #Afghanistan. The base got several inches of snow. #Brrrr ❄ pic.twitter.com/OnNkBxP0ow

In this spirit, here’s footage from a few years ago of service members engaging in a similar contest. According to its source, this one is from Forward Operating Base (FOB) Tarin Kowt (sometimes spelled “Tarinkot”), also in Afghanistan.