How Much Would the Army Owe Captain America in Back Pay?

In the Marvel Cinematic Universe (MCU), asthmatic string bean Steve Rogers becomes a superpowered beefcake overnight in order to serve in World War II. As the newly-minted Captain America, Rogers improved troop morale alongside the USO before shifting into a special forces role.

Until he was frozen solid for 66 years.

Rogers went on ice in 1945 and woke back up in 2011. If Captain American was a real veteran and was never relieved of duty (or declared AWOL), how much money would he be entitled to in back pay? 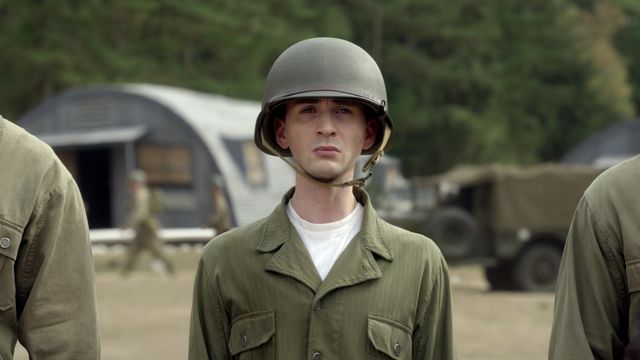 MCU fans first tried to calculate the amount themselves on Reddit:

The thread found that an O-3 pay grade in 1945 was $313.50 per quarter. This rate increases with living allowances and special operations training. If Rogers weren’t stuck in a freezer, his pay would have increased on a biannual basis.

“Now, provided that they kept the pay scale constant for the 66 years after, and they thawed him out in 2011 and immediately returned him to active duty with current Commission (which they did), adjusted for inflation, the government owes him the back pay amount of $3,154,619.52,” a user concluded.

The fan theory also “misinterpreted military pay scales” when arriving at the figure for the biannual increase of pay, Hall said, and failed to take in “any potential promotions that may have been bestowed upon Rogers while he was listed in a ‘Missing’ status.”

We’re not going to spoil any Marvel movies for you, but Rogers is not a millionaire in them. Assuming Hall and Reddit are both right and he is entitled to some money, here are some ideas of where it went.

– Captain America’s military records were lost in the 1973 National Personnel Records Center fire, erasing any documentation of his salary or service. It’s now impossible for him to recover the money.

– The military classifies and/or destroys Rogers’ records when he is declared missing, sweeps all this nonsense about wages and benefits under the rug. You can’t pay someone who never existed.

– The VA accidentally declares Rogers dead and pulls the plug on all of his benefits. Alternatively, it mixes him up with another Steve Rogers and sends the hero’s money to a totally different person. Either way, Rogers gets nothing.