How a Little Can of Meat Helped Win World War II 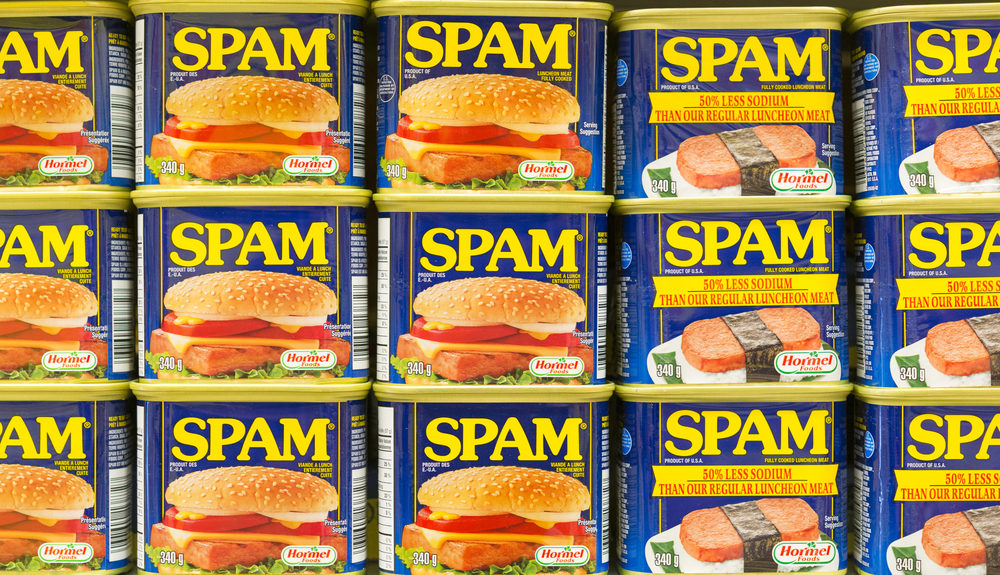 “If you grow up around a large military presence, you wind up loving Spam.”

He’s not a veteran. He’s not Guy Fieri. But he is American, and makes money being on television, and being authentic. And, for his understanding of food and food culture. He knows it. Well.

Anthony Bourdain explains further in a candid interview a few years ago (below) with Anderson Cooper.

The two variables, living within a military community, and enjoying the taste of the canned pork shoulder meat-ham-salt-water-sugar-sodium nitrate delicacy, are hardly two strangers in the night. There’s a story behind the how and why, and it begins more than eight decades ago, when America and its allies fought to save the world for the second time in twenty years.

Created in 1937, by Hormel Foods in Minnesota, it was actually a young actor who was credited with winning a contest to name the new stuff — which, at its inception, was the only packaged meat on the market that didn’t need to be refrigerated. It’s never been publicly acknowledged by its owner, but popular opinion says the slug is an acronym, spelling out “Special Processed American Meat” or “Special Processed Army Meat.”

A staple of service members’ diets during the Second Great War, the U.S. military shipped over 150 million pounds of the stuff before Hitler and the other Axis powers were defeated. And it wasn’t just eaten.

Soldiers, Marines, sailors and other courageous combat vets used its grease to lube their firearms, and even waterproof their boots.

Looking back, the argument could be made that it’s one of the biggest underdog product/business stories ever. What can’t be argued, though, is its lofty place in American lore. And in Hawaii? That might be putting it lightly.

No state eats more of it.

It’s even popular overseas, despite whatever stigma the Monty Python troupe brushed it with (in jest, of course) in that old, memorable comedy sketch.

It’s even been cited by other world leaders, some more controversial than others.

Margaret Thatcher dubbed it a “wartime delicacy” while the Soviet Union’s Nikita Khrushchev admitted that without it, his soldiers would’ve gone hungry.

In a post published by the Smithsonian, Ayalla A. Ruvio explains why the foodstuff will — at its core — remain a lighthearted yet hearty symbol of American imagination (and hunger):

As a consumer behavior researcher, I believe Spam’s widespread success can be attributed to two factors: it addressed a real need, and also formed an emotional connection with its consumers, by tapping into American ideals like ingenuity and resourcefulness.

If you like what’s in the navy-colored tin, you won’t have to sweat the threat of a shortage any time soon. According to its maker, more than 300 cans come off the assembly line every minute.

Recipe for the Spam Burger.