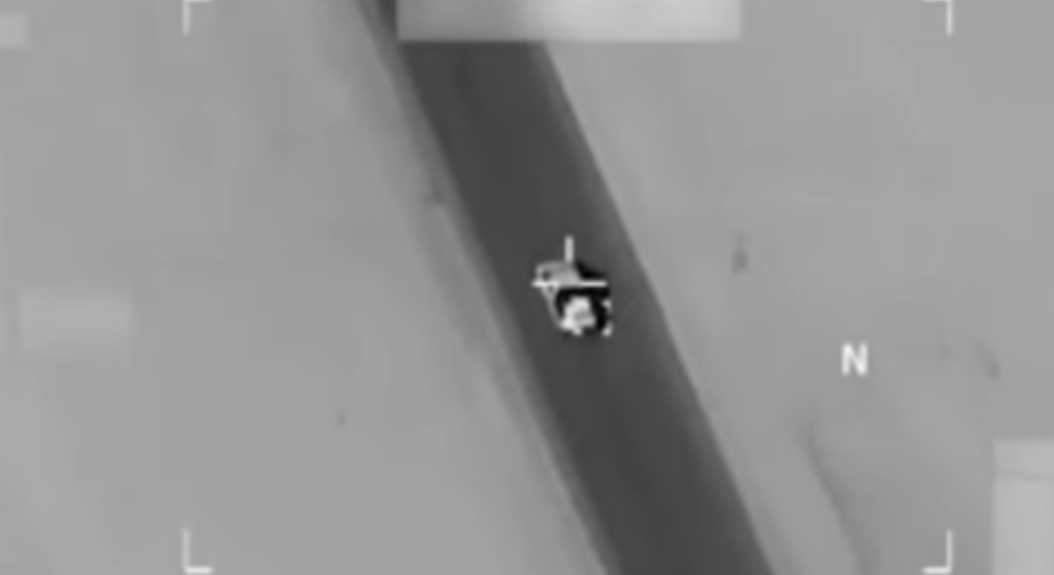 In the United States, we celebrate freedom. It’s as American as apple pie or takeout pizza or football on Sunday. We urge those that share in this democracy to follow their dreams, to satisfy urges — to turn make-believe into reality.

We also, though, offer up caveat to this self-evident truth, and that’s the following: act, but know that depending on the action, specific consequences will follow.

So, you see, the following Operation Inherent Resolve footage that depicts a U.S.-led coalition unit (the video source says it’s the U.S. Army) taking out a battle vehicle being operated by ISIS (Islamic State, IS, ISIL, Daesh) AND its accompanying caption isn’t oppressive — it’s freedom … with a reaction.

You can look, but you better not touch.